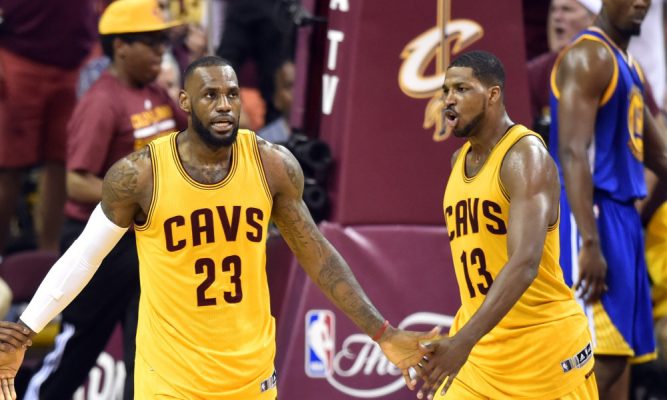 Cleveland Cavaliers center Tristan Thompson strongly expressed his opinions on Thursday concerning LeBron James’ controversial remarks about the team’s roster. While doing so, he indicated that he’s more concerned about helping the team get out of the rut that’s seen them lose six of their last eight games.

Despite the struggles, Thompson bluntly indicated that he doesn’t waste any time worrying about who the Cavs should add to the roster.

“This is the team we have right now,” said Thompson. “That’s how you got to approach the game. You can’t go out there hoping somebody is coming to walk through the door. Play with whoever the hell we got right now, and let’s win some (expletive) games.

“No team is perfect. Every team needs something. You go to Golden State, they said they didn’t have the post players to protect them. The (Toronto) Raptors, they say, after Kyle Lowry and DeMar (DeRozan), what else do they got? Us, he wants another playmaker. It is what it is. Every team needs something. That’s for the front office. We only can control what we got. Guys got to get better.”

Thompson also dismissed the idea about the controversy having become a distraction to the team and affecting their on-court play.

“Ain’t no distraction,” Thompson said. “At the end of the day, it’s basketball. Go out there and just play. It’s simple. Coach give you a game plan. Do your job or sit the (expletive) down.”

The Cavaliers will look to break their current three-game losing streak on Friday night when they host the Brooklyn Nets.