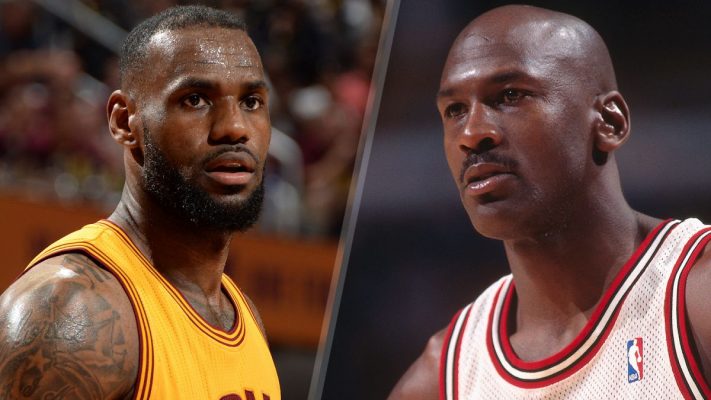 The drive that the Cleveland Cavaliers’ LeBron James brings to the court is being propelled in part with a personal goal in mind. That goal has been to match the accomplishments of a player that James has long considered his idol, the legendary Michael Jordan.

James spoke with Tom Withers of the Associated Press during the team’s media day on Monday, commenting on a number of issues. However, he noted that much of his career has been patterned after Jordan, who retired the season before James entered the NBA in 2003. Halfway to matching Jordan’s six NBA titles, James is intent on passing that number.

“It’s a personal goal,” James said. “I just never brought it up. It’s my own personal goal to be able to be greater than great. I think that should be everybody’s personal goal.”

That comment is much the same as his remarks to Sports Illustrated a few months ago in which Jordan was described as a ghost he was chasing. Despite the pressure of striving for that goal, James doesn’t see it as any different than the average person working their way up a company ladder.

“If you work for any company or you work for any designer or anywhere, you’re like, ‘Oh, I aspire to be that guy because he’s done it right.’ He’s the greatest and that’s who you look at,” James said. “So that’s always been my personal goal, to use the motivation he gave me as a kid and I’ll use it as motivation now as well that I want to get to where he is. That’s never changed. People kind of wanted to turn it into a conversation, but that’s my personal goal and that’s where I land at.”

The 31-year-old James is slightly older than when Jordan won his third title in 1993 as a 30-year-old. However, Jordan then retired for nearly two years before capturing his fourth title at age 33 in 1996.

Due to the clock ticking on his remaining years in the league, James remains supremely motivated to deliver on that goal.

“I’m just as hungry as I was before,” he said. “It’s like I haven’t won. The natural, human nature would be to relax. But you work so hard and then you see what the result is. Why not have that feeling again?”

James’ trek toward another title begins on October 25, when the Cavs open up its 2016-17 campaign at home against the New York Knicks.