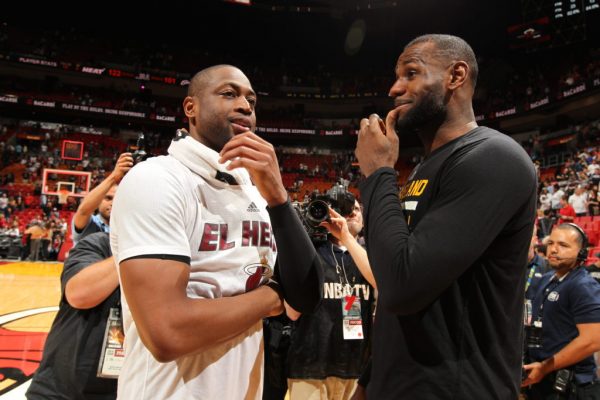 Dwyane Wade is no longer one of LeBron James’ teammates, but he is still one of his closest friends. Thanks to that, Wade may have some added insight into what James plans to do when he becomes a free agent this summer.

On Monday, Wade spoke with ESPN’s Jorge Sedano and reflected on his time with the Cleveland Cavaliers, what it means to be back with the Miami Heat, and where he thinks James should continue his career.

“One thing I know is, he makes his own decisions,” Wade said. “When he gets to that point, hopefully he takes a good look at the place he’s at and gives that real consideration, and then go from there. It’s his decision.”

James and Wade have been friends since both of their NBA careers began back in 2003. Their relationship only grew stronger when they won two NBA championships in four years with the Heat. While their stint together in Cleveland didn’t work out quite as well as both had hoped, there is no doubt that Wade only has James’ best interests at heart.

It seems clear that Wade believes James should strongly consider re-signing with Cleveland before he looks elsewhere. Given that, it’s quite possible that Wade could continue helping the Cavs even though he is no longer a member of the team.