Report: ‘Frustration Is at It’s Worst’ Between Cavs Coaching Staff and Upper Management 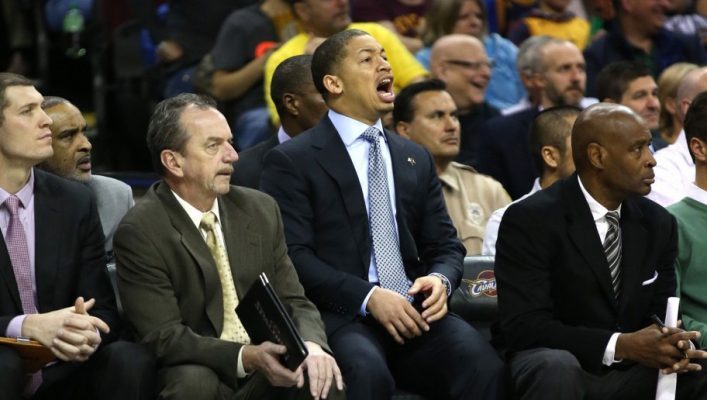 The Cleveland Cavaliers‘ coaching staff is returning all but one of the assistant coaches that helped lead the team to the franchise’s first-ever NBA title. However, at least one report indicates that the many of those assistants are annoyed with their treatment by the team’s front office, among other things.

A Facebook video by former Cleveland.com beat writer Chris Haynes indicates that the contract hangup for multiple assistants that first surfaced in July has yet to be addressed. Those assistants’ contracts expired on July 1 and two months later, has led to “frustration being at its worst,” according to Haynes.

The assistant coaches directly affected are Phil Handy, James Posey, Damon Jones and Jim Boylan. Another assistant, Larry Drew is also somewhat affected, though his option for the 2016-17 season was picked up. However, head coach Tyronn Lue’s request to make Drew the team’s associate head coach has been met with resistance by the Cavs front office.

When Lue agreed to a five-year contract in July for $35 million, the belief was that the assistants would be signed soon after. Yet, less than a month before training camp begins, the situation hasn’t changed.

In addition, the unsigned status of free-agent shooting guard J.R. Smith has also been a source of criticism. While Smith is not believed to be close to signing with any other team, his close friendship with LeBron James has the potential to cause controversy if he remains unsigned when training camp begins at the end of this month.

It’s important to note that on September 1, Haynes left his job at Cleveland.com to join ESPN, where he will cover the Golden State Warriors. That move is similar to what took place when James returned in 2014, when the network’s Brian Windhorst, another former Cavs beat writer who left for ESPN, began offering up repeated comments about turmoil that was engulfing the Cavaliers.