Report: ESPN Insider Confirms What Cavs Plan to Do With Brooklyn Pick 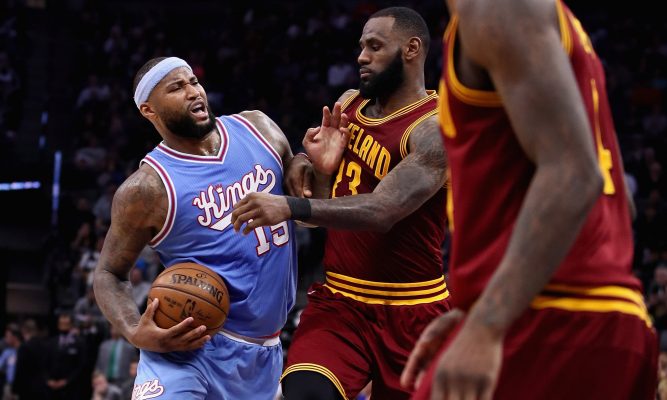 Since the Cleveland Cavaliers received the Brooklyn Nets’ unprotected 2018 first-round draft pick, many have been wondering if the team would use the pick as trade bait to build its current roster. According to ESPN’s Adrian Wojnarowski, however, the Cavs have no intention of trading the valuable pick.

Wojnarowski and Lowe discussed the status of the trade on Friday’s episode of The Woj Pod.

“Should the Cavaliers flip that Nets pick to use it to get an impact player who can help them win this year and keep LeBron (James)?” Wojnarowski asked. “It it not happening. That is not why they traded for that pick.”

He continued by breaking down how the Cavaliers are planning for the future.

“Within the organization there is real significant doubt about whether [LeBron’s] going to return,” he said. “Boston was the only team that could satisfy a perfect world for them – long term with the draft pick, and short term with (Jae) Crowder and Isaiah (Thomas) … they’re not doing that. That’s not the plan in Cleveland.”

Wojnarowski added that the Cavs don’t want to trade for a player who would fit James’ playing style if James leaves next offseason.

“The risk of trading that pick to be stuck with somebody else if LeBron leaves, who doesn’t fit a rebuild … they’re not going to let themselves be in the position of having to take years to untangle that roster,” Wojnarowski said. “They’re holding onto that pick.”

Lowe then chimed in, sharing his insight on the recent rumors that have pointed to DeMarcus Cousins possibly landing in Cleveland.

Of course, this could all change if James clarifies what he intends to do next offseason, but it seems clear that the Cavs are fully prepared to plan for a future without The King.