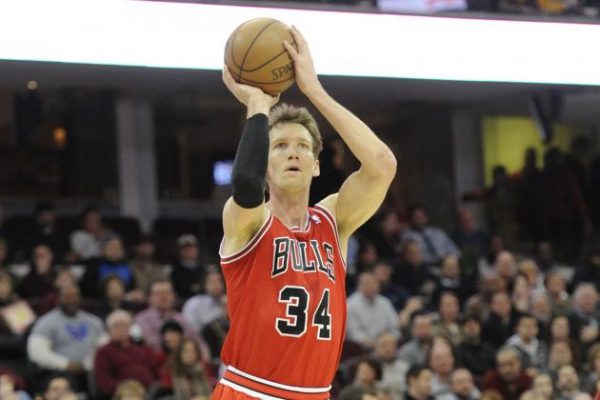 Veteran Mike Dunleavy has been traded from the Chicago Bulls to the Cleveland Cavaliers in order for the Bulls to fit under the salary cap after their reported signing of Miami Heat free agent guard Dwyane Wade.

News of the trade came via a tweet from the Chicago Tribune’s K.C. Johnson. Following up on that, Bobby Marks of The Vertical tweeted how the Cavaliers were able to accommodate Dunleavy’s salary despite salary cap restraints.

Mike Dunleavy has been informed he has been traded to the Cavaliers.

Cleveland will use part of the Anderson Varejao $9.6m trade exception to take in Dunleavy's $4.8m contract. https://t.co/Cna25fFwap

Dunleavy will be beginning his 15th season in the NBA this fall, though his 2015-16 season was plagued by injury. He saw action in only 31 games, averaging 7.2 points per game and connecting on 39.4 percent of his three-pointers. For his career, his average point total is 11.5, with a 37.6 percentage from long range.