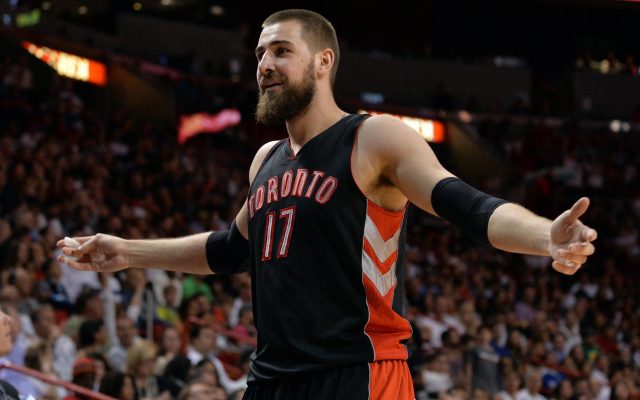 Since Saturday’s 99-84 loss to the Toronto Raptors, the Cleveland Cavaliers have been trying to find ways to to thwart big man Bismack Biyombo, who had 26 rebounds and three blocks in Game 3 of the Eastern Conference Finals.

Well, it looks like the challenge is going to get even bigger. Raptors starting center Jonas Valanciunas, who hasn’t played since Game 3 of the second round against the Miami Heat, has been upgraded to a game-time decision as ESPN’s Brian Windhorst reports the 7-footer looks like he will play.

Jonas Valanciunas (ankle) upgraded to gametime decision. Signs are that he will play tonight for Raptors vs. Cavs.

Valanciunas could give the Cavs more problems in the middle. The 24-year-old has been having a terrific postseason, averaging 15.0 points and 12.1 rebounds a game before going down with an ankle injury. He’ll look to bolster the Raptors’ frontline tonight as he attempts to give it a go.