Don't Miss
Home / Videos / Video: Cavs Get Held up at Customs on Way to Toronto

Video: Cavs Get Held up at Customs on Way to Toronto 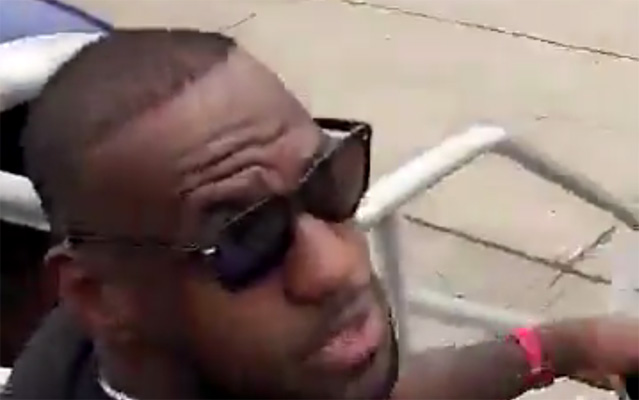 Nothing has been able to stop the Cleveland Cavaliers thus far this postseason until Friday, when Canadian border officials decided to briefly hold up the team for unspecified reasons. Even the presence of Tristan Thompson, who was born in Toronto, wasn’t enough to expedite the problem.

A number of Cavalier players chronicled the annoyance via social media, including Thompson on Instagram:

Meanwhile, Richard Jefferson and Matthew Dellavedova briefly chatted via Twitter about the possible basis for the delay:

So, the Cavs are being held by customs right now ???? pic.twitter.com/W7qWRKAmcS

One Canadian official, a city councilor from Toronto named Norm Kelly, found time to offer a sarcastic remark about the situation:

The Cavs will be in Toronto for games on Saturday and Monday night and will be seeking to complete a sweep of the series that currently finds them up 2-0. Doing that will guarantee not having to return to Canada until next season.