Cavs Accomplish Otherwordly Feat That Hasn’t Been Achieved Since 1990 in Win vs. Spurs 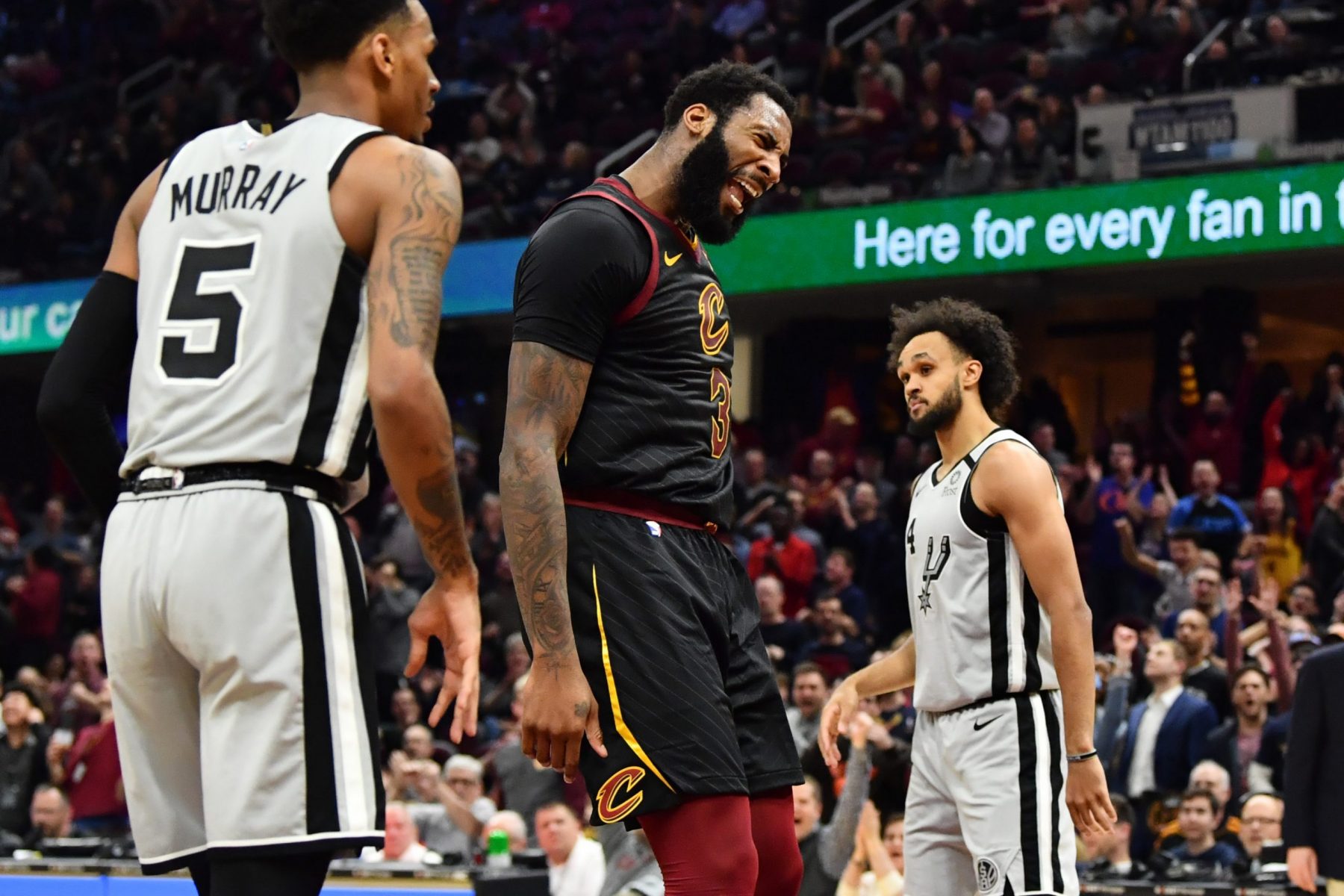 The Cleveland Cavaliers bested the San Antonio Spurs in a nail-biter on Sunday night, 132-129.

Not only did the Cavs win on Sunday, they also achieved something that the organization hasn’t achieved since 1990. Along with that accomplishment came quite a bit of coincidence as well.

The Cavaliers had 4 players with a double-double tonight, the 1st time they've done that since March 24, 1990.

One of the players that night? Larry Nance

One of the players tonight? Larry Nance Jr pic.twitter.com/ZMyOgSo7q1

Drummond was dominant on both sides of the court with 28 points, 17 boards and three blocks. Finally, Dellavedova finished with 14 points and 11 assists as the team’s starting point guard in Darius Garland’s absence due to injury.

The four double-double performers were not the only players to put in strong showings for the Cavs. Cedi Osman finished with 19 points, six assists, four boards and two steals. Collin Sexton recorded 26 points and four assists in the win.

Perhaps most importantly, the Cavs got the win. It marks their second win in a row after they defeated the Denver Nuggets, 104-102, in overtime on Saturday.

In their last 11 games, the Cavs have recorded six wins. It marks an impressive improvement compared to the rest of the season.

Beyond that, Sunday’s win marked the Cavs’ 19th win of the season. That’s the same number of wins they recorded in the entirety of the 2018-19 season.

Given that fact, it’s very likely that the Cavs are going to show massive improvement in their overall record compared to last season once the 2019-20 season comes to an end.