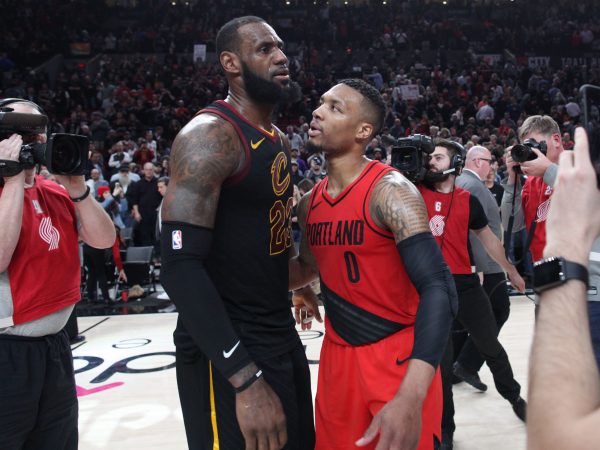 As the Cleveland Cavaliers hold one of the worst records in the NBA due to the departure of LeBron James, it’s fair to wonder what could have made the superstar stay in Northeast Ohio.

According to Ric Bucher of Bleacher Report, it appears James didn’t even get close to having one of his requests granted from the Cavs front office:

“League sources say that when James became convinced [Kyrie] Irving couldn’t be persuaded to stay in Cleveland, he suggested to the Cavs front office that it deal Irving to the Blazers for All-Star point guard Damian Lillard. The Cavs never called the Blazers, but James’ interest has led to speculation about the Lakers trading for Lillard.”

Although the Cavs never called about Lillard’s availability, the Portland Trail Blazers All-Star would have been a pretty good replacement for Irving. Lillard is one of the best point guards in the association, with career averages of 23.3 points, 6.2 assists and 4.1 rebounds per game. In fact, those numbers are just a bit better than Irving’s career stats.

A combo of Lillard and James surely would have kept the NBA Finals between the Cavs and Golden State Warriors competitive. Instead, Cleveland traded Irving to the Boston Celtics for a package headlined by a 2018 lottery pick, which turned into Collin Sexton, and Isaiah Thomas, who didn’t even finish the season on the Cavs.

While some of the guys in the Celtics-Cavs trade were dealt elsewhere for better complementary players, none of them were close to Lillard’s caliber. The Cavs ended up getting smothered by the Warriors in four games, and James subsequently took his talents to the Los Angeles Lakers.