Don't Miss
Home / Media / LeBron James: ‘Teams Get Together in This League to Try to Beat Me’

LeBron James: ‘Teams Get Together in This League to Try to Beat Me’ 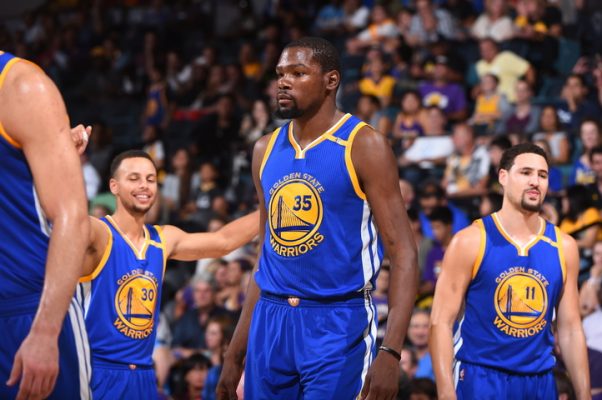 For much of his career, Cleveland Cavaliers superstar LeBron James has absolutely dominated the NBA.

Despite being on two completely different teams and having a variety of teammates and competitors, the 12-time All-Star has jolted past the Eastern Conference into the NBA Finals for the past six years.

Other teams have tried their best to interrupt the domination but none have even been close to successful.

In an interview with Cleveland.com’s Joe Vardon, the superstar explains how teams are specifically structuring to try to take him out.

“I know teams switch and pick up new coaches or new players, and their whole goal is kind of they want to beat me,” James told Cleveland.com. “It’s never just about me, but I always hear them saying we gotta beat LeBron. It’s not just me on the court, but I understand that teams get together in this conference and across the league to try to beat me.”

When the former No. 1 draft pick joined the Miami Heat in 2010, the team instantly became a title contender, while the Cavs plummeted to the bottom of the standings. Four finals trips and two championships later in 2014, the King returned home and brought the Cavs to the finals, while the Heat missed the postseason.

However, it’s not just the Eastern Conference where James’ reign has caused other teams to renovate their rosters. After James and the Heat destroyed the Oklahoma City Thunder in the 2012 NBA Finals, the Thunder traded away star James Harden, a move that has kept the franchise from returning to the finals.

Although the Golden State Warriors won the 2015 championship and had the best regular-season record in NBA history last season, the King’s dominance in the finals forced them to sign former MVP Kevin Durant. That alone is a testament to how great James is and the effect he has on the rest of the league.

Still, after six straight Eastern Conference massacres and a variety of championship celebrations, the 13-year veteran is still expected to lead the Cavs right back to the NBA Finals. Other teams, like the Warriors, can try their best in free agency, but the reality is the NBA is the King’s league and he’s going to dictate it for a while.