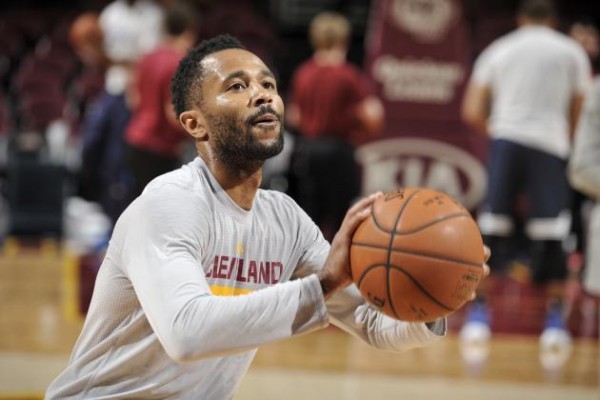 The injury troubles for veteran Cleveland Cavaliers guard Mo Williams continue with word that he’ll miss at least the next two weeks of action due to nagging soreness in his left knee.

The inflammation of the cartilage, known medically as chondromalacia patellae, wasn’t thought to be a concern at first, according to Chris Fedor of the Cleveland Plain Dealer. Williams was looked at by Dr. James Andrews and given the go-ahead to play against the Charlotte Hornets last Wednesday night. In that contest, Williams played just four minutes, but has since missed the team’s last three contests.

Prior to Monday night’s 100-96 victory over the Indiana Pacers, Cavs head coach Tyronn Lue said that the team will wait until treatment has finished before evaluating the 33-year-old veteran’s status for the remainder of the season:

Williams has seen little action since the start of 2016 after having been a mainstay in the starting lineup while Kyrie Irving continued his rehabilitation from a fractured kneecap. Irving’s return on December 20, coupled with the onset of his injuries, have seen him play in just 15 of the team’s 35 games since that date.

For the season, Williams is averaging 8.9 points and 2.7 assists per game.

Williams’ potential extended absence was one reason that the team signed D-League player Jordan McRae to a 10-day contract on Saturday.