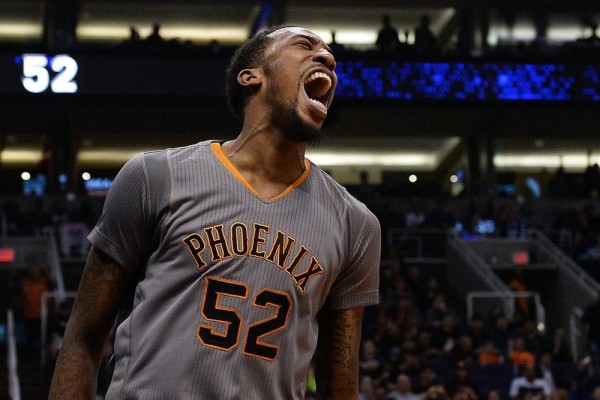 The Cleveland Cavaliers are expected to fill one of their two remaining roster spots by signing 6’5″ D-League guard Jordan McRae, to a 10-day contract. McRae’s NBA experience consists of seven games played for the Phoenix Suns over the past month.

McRae is reportedly in Cleveland, according to a tweet from Marc Spears of Yahoo! Sports:

D-League Delaware G Jordan McRae is in Cleveland where he is expected to sign a 10-day contract with Cavs as early as today, sources said.

A second-round selection in 2014 by the San Antonio Spurs out of Tennessee, McRae was traded that same night to Philadelphia, but was eventually released. He then played in Australia and had played in the D-League for the Delaware 87ers before signing the first of two ten-day contracts with the Suns, the first on January 29.

McRae signed the latter 10-day deal on February 8, but the Suns chose not to keep him, whereby he returned to play for Delaware. During the 11.7 minutes he averaged on the court for Phoenix, McRae averaged 5.3 points and 1.4 assists.

Before and after his time with the Suns, he was averaging 23.3 points, 5.2 assists and 4.6 rebounds for the 87ers. McRae’s NBA signing with Phoenix came just three days after he exploded for a single-game league-record 61 points in an overtime win for Delaware.