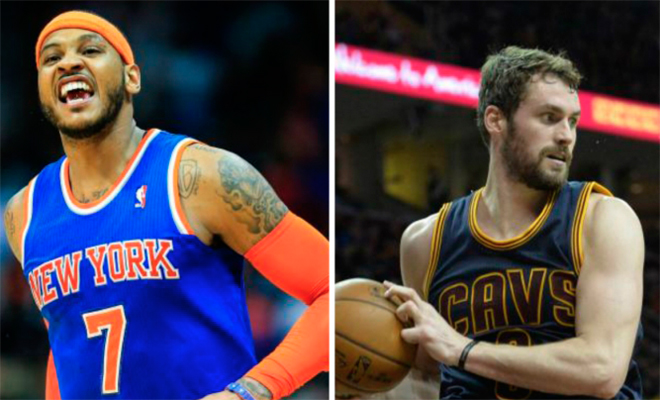 The Cleveland Cavaliers may be shaking things up before the trade deadline.

Frank Isola of the New York Daily News reports that the Cavs have discussed a trade with the Boston Celtics and New York Knicks that would send Kevin Love to the Celtics and bring Carmelo Anthony to Cleveland. Isola states “there were preliminary discussions” involving the three teams.

The trade would also involve the expiring contract of Timofey Mogov, as he would go to the Knicks in the proposed trade.

However, Anthony has a no-trade clause in his contract. Isola reiterates that “talks have not progressed,” and that Anthony has no plans to seek a trade.

Further complicating matters is that Anthony has a 15 percent trade kicker built into his contract, meaning his salary will increase if traded.

All things considered, if this trade were to be pulled off, it would shake up the Eastern Conference considerably.

The trade deadline is set for February 18th and it clearly looks like the Cavaliers will be active in the market.