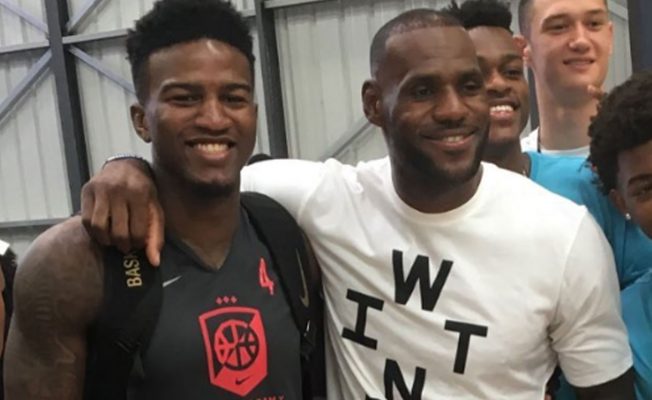 Whether it’s a veteran or a rookie, facing Cleveland Cavaliers superstar LeBron James on a basketball court offers a severe challenge for any player. Golden State Warriors rookie forward Jordan Bell discovered this the hard way recently, though he views it as a learning experience that will help him in the future.

Bell discussed his performance with NBC Sports Bay Area and noted how simply viewing James on television doesn’t begin to prepare a player on how to compete against the four-time Most Valuable Player.

“We had an open gym in LA, at UCLA, and I was guarding him the whole time,” Bell said. “It’s different than what you see on TV. It’s waaaay different.

“I thought I did a pretty good job on him, but he obviously hit some shots. But he would get on the block, and I’m containing him, not letting him back me down, and he would fade away from the block to the 3-point line — and make it. And I just played the best defense of my life. It didn’t matter.”

Part of Bell’s problem was that the 6-foot-8, 260-pound James brings a physical presence along with his skills that the 230-pound Bell struggled with during play.

“But there he goes. I’m not going to say he got by me, but I didn’t realize he was so quick. For him to be standing straight up, there’s no way he should be able to move that fast. I’d understand that quickness if he got lower, but I’ve never seen anybody so quick while standing straight up.”

Despite James now being 32 years of age, Bell believes that James is pretty much the same player he was when he led the Miami Heat to consecutive NBA titles.

One of Bell’s teammates on that pickup squad was Warriors teammate Draymond Green, who offered a simple way to deal with James’ ability.

“He (Green) was just like, ‘Look, you can’t do nothing about that. Just worry about the next play,’ Bell said. “But he also said if LeBron is taking those types of shots, that’s what we want because we’re going to make more 3s than he makes 2s.”

Bell will get to test out that theory twice during the upcoming regular season. The two teams play in Oakland on Christmas Day, with the rematch coming on Jan. 15 at Quicken Loans Arena.