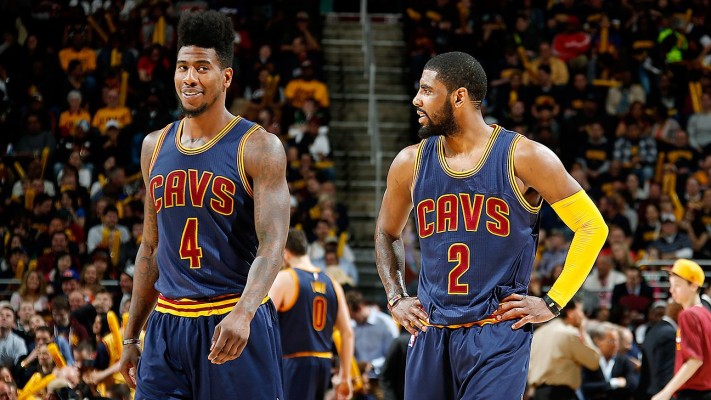 There is little doubt the Cleveland Cavaliers are desperately awaiting the returns of Kyrie Irving and Iman Shumpert.

The Cavaliers are currently on a three-game losing streak and have now gone 5-6 in their last 11 games. It’s clear Cleveland is relying way too much on LeBron James and needs both Irving and Shumpert to boost the team’s play on the court.

According to Chris Haynes of Cleveland.com, that may become a reality very soon. Haynes states that “there is a strong possibility” that both Irving and Shumpert are activated in time for Cleveland’s marquee showdown with the Golden State Warriors on December 25th.

“Shumpert has been able to maintain his conditioning throughout the process. That hasn’t been the case with Irving. Though no one within the organization is willing to say it, I’m told that having both activated in time for the Christmas Day game against the Golden State Warriors is a strong possibility.”

Head coach David Blatt has said that he hopes both players are back sooner rather than later:

Both Irving and Shumpert will travel with the team on their road trip as they play in Orlando on Friday and in Boston on Monday. By participating in the trip, both guards will have more practices under their belt.

Up until the team’s losses to the New Orleans Pelicans and Miami Heat over the weekend, Cleveland had still held the best record in the Eastern Conference despite the absence of their two starters.

While the team has been impressive despite the injuries, it’s becoming more and more clear with each passing game that the Cavaliers need Irving and Shumpert if they are to remain the best team in the East.