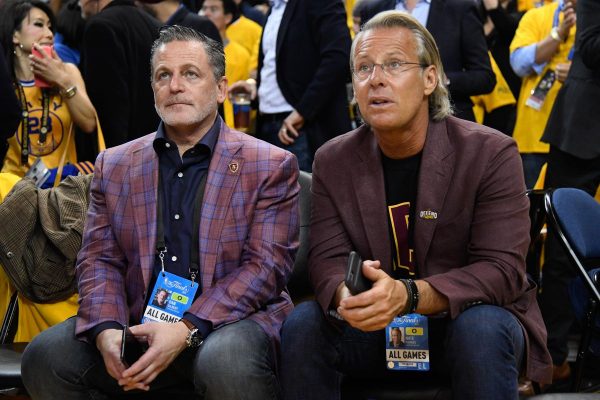 On July 19, it will officially be one month since news broke that David Griffin would not be returning as general manager for the Cleveland Cavaliers. Filling that position has become much more challenging for Cavaliers owner Dan Gilbert than he likely expected.

The only apparent candidate to be interviewed by Gilbert was Chauncey Billups, who reportedly turned the job down after being low-balled during contract negotiations.

In the weekly question-and-answer column of Cleveland.com columnist Bud Shaw, he was asked about why the search has taken so long. While many of his responses to other questions are often tongue-in-cheek, Shaw’s answer was a blunt appraisal of the current situation.

Looking at the comment more closely, Gilbert’s attitude toward the work of all of general managers that have worked under him during his 12 years of Cavs ownership can be summed up with a simple fact: None have been signed to a second contract. Thus, the lack of job security may be causing qualified candidates to shy away from applying for the job.

In addition, while many general managers within the NBA effectively run their respective teams, Griffin never had that power and his request for increased authority was presumably rejected by Gilbert.

Also, given the team’s salary cap situation, adding quality players to bolster the team’s bench required Griffin to work out complicated deals. That sort of pressure, coupled with the above issues, makes the job even less appealing.

Finally, the specter of James leaving after next season has become much more likely than when the season ended on June 12. James was a big supporter of Griffin and has a tenuous relationship with Gilbert, so if he leaves, it could set the stage for another massive overhaul that would be the responsibility of that general manager.

Thus, the likelihood of Koby Altman being named as Cavaliers general manager is becoming more and more likely. Altman had served the team’s assistant general manager under Griffin, but he’s effectively been running the team since Griffin left.