Video: J.R. Smith Seen Drilling Jumpers as He Prepares for His Return 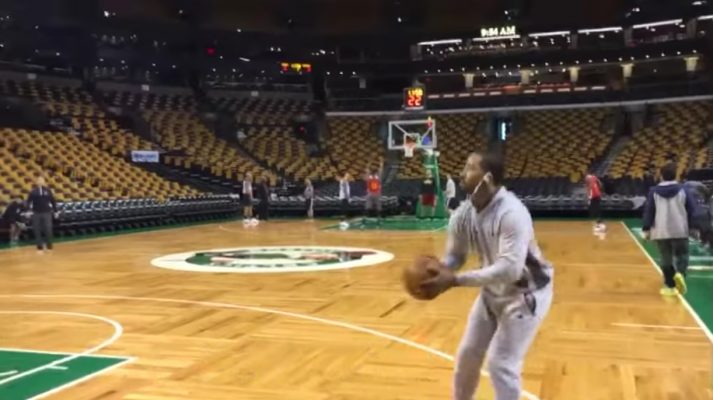 The expected return of Cleveland Cavaliers shooting guard J.R. Smith from a fractured right thumb may be only a couple weeks away, but Smith appears to be trying to speed up that timetable in order to prepare for the postseason. Video of him practicing his outside jumper shows that he may be able to return sooner than expected.

Smith is again traveling with the team and was taking part in Wednesday morning’s shootaround in Boston’s TD Garden. The Cavaliers’ Twitter account posted a short video of Smith practicing his jumper, which appears to again be in midseason form.

Cleveland.com posted a similar video, which shows that Smith doesn’t appear to have any issues putting up his shot.

When Smith begins playing again at a still-undetermined date, he’ll have some new teammates, including veteran point guard Deron Williams, who saw his first action with the team on Wednesday night and will no doubt serve as a backcourt partner in the months ahead.