LeBron James: Kevin Love’s Going to Be the Focal Point for Us Offensively 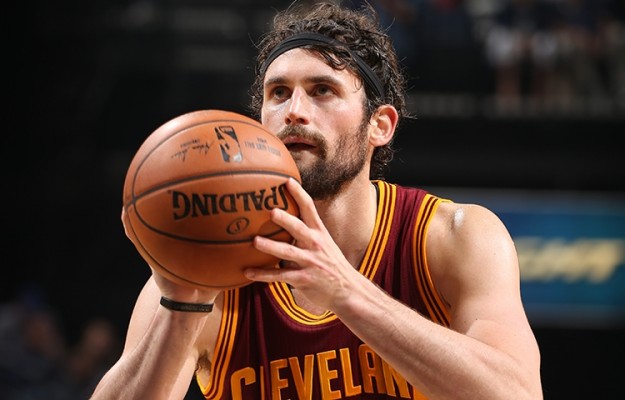 Following a double-double performance by the Cleveland Cavaliers’ Kevin Love in a 106-76 drilling of the Memphis Grizzlies on Wednesday night, LeBron James indicated that Love will be the central component of the team’s offense this season, a presence that will help him win a spot on the East All-Star team.

“He’s the focal point of us offensively,” said James. “I know I can go out and get mine when I need it. But I need Kev to be as aggressive as he was tonight, and when he rebounds at the level he did tonight, the shots will automatically fall for him.”

Love’s performance followed an 18-point, eight-rebound effort in a 97-95 loss to the Chicago Bulls on Tuesday night. Love provided some late-game drama in that clash by connecting on a pair of threes in the final 62 seconds to get within that final margin.

James expanded on Love’s potential and his role with the team for this year.

“We’ll use Kevin however he wants to be used,” James said. “I told you Kevin is going to be our main focus. He’s going to have a hell of a season. He’s going to get back to that All-Star status.”

James then pointed back to his offseason meeting with Love after being asked if he was surprised by Love’s fast start after coming back from shoulder surgery.

“I knew he’d be sharp when I had my conversation with him in Los Angeles in the offseason,” said James.

Love himself went into more depth about what he said to James in that meeting that came just days before Love signed a five-year, $110 million extension with the Cavaliers.

“Just that I can do more,” Love said. “I think that he knew that. Since then I think everybody has really stepped up and asked what they can do in their respective roles. From a comfort standpoint, I just feel a lot, lot better.”

Reaching the All-Star game was something that Love did on three occasions during his six years with the Minnesota Timberwolves. Last year, questions about his ability to fit into the Cavs offense led to not only a decline at 16.4 points and 9.7 rebounds per game, but numerous articles about how he would leave for another team after the season because of those diminished numbers.

Cleveland will play its home opener on Friday night against the Miami Heat, with tip-off set for just after 7 p.m. ET.

cleveland cavaliersfeaturedkevin lovelebron jamesnews ticker
← Previous Story LeBron James: ‘All I Care About Is Raising Banners, Nothing Else’
Next Story → LeBron James Says He Plans on Playing All 82 Games This Season