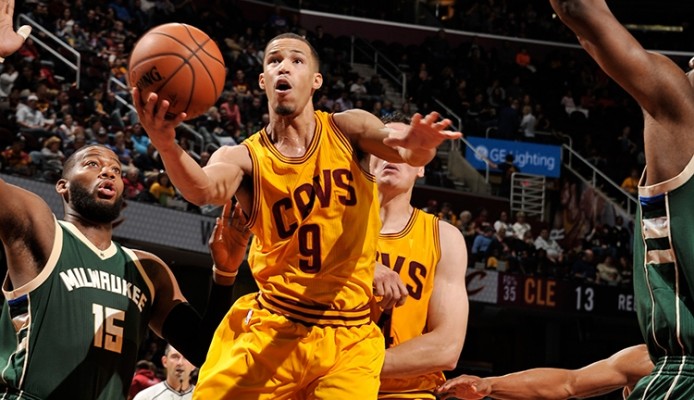 With the Cleveland Cavaliers likely only having one roster spot available for the regular season, there’s been one player who has stood out from the rest.

Jared Cunningham, who was signed before training camp started as mostly roster filler, has made the most of his opportunity thus far during the preseason. His 31-point performance versus the Philadelphia 76ers last Thursday was probably the best individual performance of any player on the roster through four games.

Head coach David Blatt lavished praise upon the 24-year-old shooting guard prior to Tuesday’s game versus the Milwaukee Bucks:

“He’s done nothing except acquit himself well in every way. He’s playing good two-way basketball and making a serious run to try to make this team.’’

Blatt specified exactly what Cunningham has done so well in the preseason that has made him stand out:

“He’s been attacking the basket, playing in the open court and creating situations. The fact he’s gotten the opportunity has a lot to do with it. He’s been in attack mode. That’s what we’ve asked him to do.”

The fourth-year player is averaging 9.2 free throw attempts per game, which currently ranks second in the league during the preseason. His 15.0 points per game average leads the team.

With the Cavaliers short on depth due to numerous injuries throughout the roster, they could definitely use a player of Cunningham’s versatility. Though he is listed as a shooting guard, he has been seen playing time at point guard during the preseason.

Over the next two weeks, the 6’4″ guard will be competing with guard Quinn Cook, forward Austin Daye and shooting guard Dionte Christmas for a regular season roster spot.

Although Cunningham has already played for five teams in his four-year NBA career, Milwaukee Bucks head coach Jason Kidd stressed that it takes some players a while before they get fully acclimated to the NBA:

“He’s playing a high level of basketball and taking full advantage of his opportunity. Sometimes, it takes a while to fully understand this league.”

With Kyrie Irving likely sidelined for the season opener on October 27th, don’t be shocked if the Cavaliers choose to keep Cunningham around for the first few weeks of the regular season.