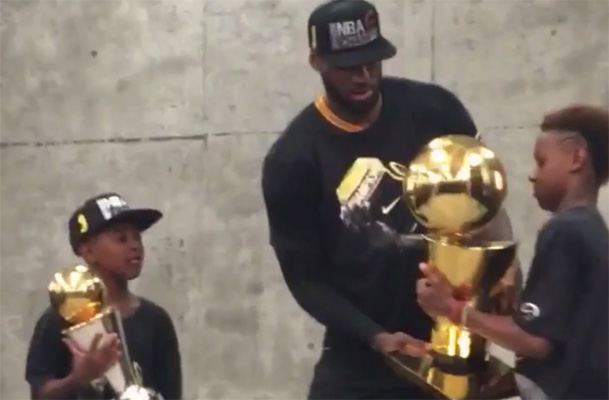 LeBron James became the unanimous NBA Finals MVP on Sunday night, as the Cleveland Cavaliers took down the Golden State Warriors, 93-89, in an unbelievable Game 7.

Watch as James shares a special moment with his two sons after the game.

LeBron celebrates the title with his sons! #ThisIsWhyWePlay #LeanInTogether https://t.co/SAo3r0Hlol