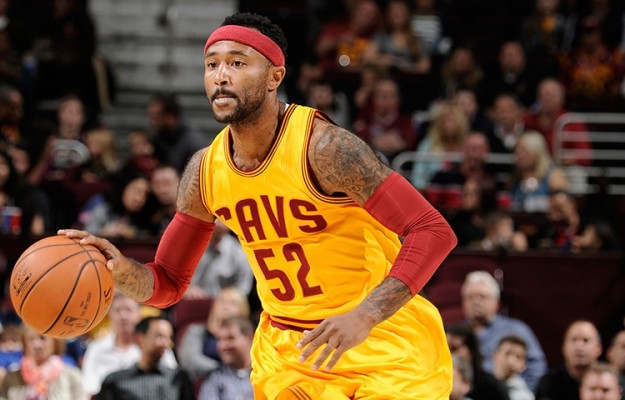 (Cleveland, OH) — Despite not having LeBron James, J.R. Smith or Timofey Mozgov available Tuesday night, the Cleveland Cavaliers never trailed at any point during the first three quarters of their home preseason opener against the Milwaukee Bucks.

The fourth quarter was another matter as the Bucks, playing against a lineup consisting almost entirely of reserves, pulled away to a 110-101 victory at Quicken Loans Arena to keep the Cavs winless.

Mo Williams, who was held out of Monday night’s loss at Columbus to the Memphis Grizzlies, led the Cavs with 18 points, despite hitting only two of 11 field-goal attempts going into the final 12 minutes. His basket with 9:40 remaining gave them their final lead at 83-82.

But the Bucks outscored the Cavs 21-7 over the next 3 1/2 minutes, with the majority of that coming after Williams had joined fellow starters Richard Jefferson, James Jones and Matthew Dellavedova on the bench for good. The only starters to play at all in the fourth quarter were Sasha Kaun, who finished with eight points and six rebounds in Mozgov’s absence, and Williams.

While James was sent home before the game due to an unspecified illness, coach David Blatt had planned to give him the night off anyway. Smith has been nursing a hamstring injury.

The Cavs (0-4) jumped out to a 9-0 lead and stretched their advantage to as many as 11 points in a first quarter where they never turned the ball over once. Things became bogged down in the second quarter, when they managed only 20 points.

Williams, Jones and Jared Cunningham were a combined three of 20 from the floor in the first half, and the Cavs were outrebounded 31-21. But they led 51-45, primarily on their ability to get to the free-throw line. The Cavs made 19 of 24 attempts in the half and finished the game 35 of 44.

Jefferson, who played the fewest minutes of any of the starters, went 11 of 12 from the line in 20 minutes on his way to scoring 16 points.

Recently-signed guard Dionte Christmas made his debut at the beginning of the second quarter and was also part of the lineup Blatt had on the floor to start the fourth quarter. Christmas ended up with 10 points in 17 minutes.

By the time the Bucks stretched their lead to double figures, the Cavs were going with a lineup consisting of Joe Harris, Chris Johnson, Quinn Cook, Nick Minnerath and D.J. Stephens. Harris scored seven of his 10 points in the final 6 1/2 minutes.

Kaun had five fouls through three quarters but avoided picking up his sixth before Blatt brought in Johnson to replace him with 7:17 remaining.

The Cavs have three more preseason games remaining before the regular season starts Oct. 27 at Chicago, and Blatt made it clear before facing the Bucks that so many tune-ups shouldn’t be necessary:

“My voice is only one, but it’s clearly my opinion that we should play four, maximum five preseason games and create a situation where we can have fewer back-to-backs,” Blatt said.

The Cavs will host the Indiana Pacers on Thursday night.