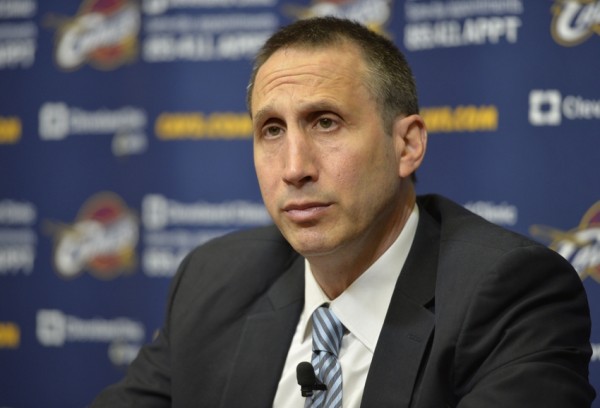 The Cleveland Cavaliers have yet to officially sign LeBron James and Tristan Thompson for next season, but that’s not stopping David Blatt from making a bold prediction.

Blatt, who will be back as head coach of the Cavaliers for the 2015-16 season, bravely proclaimed during a business conference on Tuesday in Israel that the Cavs “are going to win the championship next season.”

Despite being a rookie head coach, Blatt guided Cleveland to an NBA Finals appearance. In spite of losing star players Kyrie Irving and Kevin Love to injury during the postseason, the Cavaliers were two wins away from claiming the first championship in franchise history.

Cleveland has managed to come to terms with Love on a five-year deal, while also agreeing to terms with key rotation players such as Iman Shumpert and Timofey Mozgov. Matthew Dellavedova is expected to be signed to a multi-year deal soon, while it’s highly unlikely James doesn’t re-sign with the Cavaliers for next season.

It’s not hard to see why Blatt doesn’t have confidence in his team. Despite season-ending injuries and nonstop adversity, his team nearly hoisted the Larry O’Brien trophy with Mozgov and Dellavedova as the team’s second and third-best players.

It is also interesting to note that Blatt stated during the conference that he had to sacrifice more than he wanted to last season, but realized it was needed because of James.

.@IAmDPick says David Blatt admitted he “had to sacrifice more than he initially wanted to”, but realized it was needed b/c of LeBron

It’s not just the head coach, but the franchise’s confidence is running at an all-time high. They are retaining their core and heading into next season with expectations to win the championship.

Anything short of a championship banner following the conclusion of the 2015-16 season will be considered a disappointment.