Win or Lose, LeBron James Deserves to Be Finals MVP 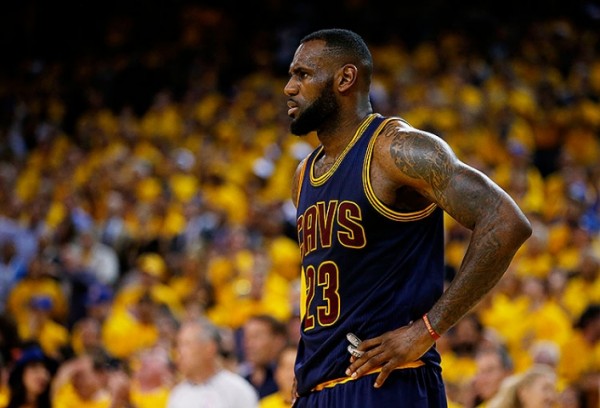 Entering Game 6 on Tuesday night, the Cleveland Cavaliers find themselves one loss away from getting their offseason started. In a more positive vein, they’re two wins away from winning the first NBA title in the franchise’s 45-year history.

Regardless of what happens, once the NBA Finals have ended, it’ll be time to decide on a Finals Most Valuable Player. In most seasons, the selection was an obvious one: pick the most productive player from the winning squad.

However, should the Cavaliers end up falling short of their dream, the efforts of LeBron James during this series deserve to be recognized by those making the selection. There’s simply no way to ignore his impact on the Cavs and the series as a whole.

Cleveland was left for dead after the season-ending injury to Kyrie Irving in Game 1 of the Finals. Yet the team was able to bounce back in each of the next two contests to take a 2-1 lead before the Golden State Warriors pulled away in the final quarter of each of the next two matchups.

During these five contests, James has averaged 36.6 points, 12.4 rebounds and 8.8 assists per game. He’s had double-doubles in the last four games and triple-doubles in two contests, while averaging over 45 minutes per game.

Simply put, without the presence of James, this would likely have been a four-game sweep by the Warriors. That’s because the Cavalier offense had taken what many believed would be lethal body blows to their offense due to the injuries of Irving and power forward Kevin Love.

Those absences took 38 points and 13 rebounds per game out of the lineup, production that had to be made up elsewhere. James has certainly stepped up his game since then, but has often had to go at it alone, due to inconsistent play from the team’s backcourt.

Meanwhile, Golden State has had the luxury of having a talented ensemble, bolstered by more depth than the Cavs currently possess. The famed “Splash Brothers,” Stephen Curry and Klay Thompson have each had their moments during the series, as has Andre Iguodala in Game 4. However, none of them have done it as consistently as James.

Thompson has especially been close to invisible, the lone exception being his 34-point outburst in Game 2. In the other four games, he’s averaging a ho-hum 14 points per game.

Undoubtedly, if the voters decide to choose a Warrior player, it will be Curry. Of course, if they do, they’ll be forgetting his miserable 5-for-23 field goal shooting performance (including 2-of-15 for three-pointers) in Game 2. They’d also be ignoring how he was held to 10 points in the first three quarters of the following clash.

The Most Valuable Player for the Finals was first awarded in 1969 after the seven-game battle between Bill Russell’s Boston Celtics and Wilt Chamberlain’s Los Angeles Lakers. In that series, three games were decided by two points or less, mirroring the tense emotions that have been a part of much of this series. One of those was the climactic Game 7, which was won by the Celtics 108-106.

When it came to decide on an MVP, neither Russell nor any of his Celtic teammates were selected. Instead the award went in bittersweet fashion to the Lakers’ Jerry West, who averaged 37.9 points in the series.

Since that time, no other player from a losing Finals squad has ever won the MVP award, with Michael Jordan holding the record for winning it the most times: six, after each of the Bulls’ championships from the 1990’s.

James himself has won the award twice, receiving the accolades after the Miami Heat won in both 2012 and 2013. On each occasion, James was a worthy recipient by averaging a double-double, including a 28.6 scoring average the first year, followed by 25.3 the following year.

Given the up-and-down play of Curry during this series, coupled with no other Golden State player having had a sustained impact throughout it, to award it to one of them instead of James would be a travesty. James is the reason the Cavaliers still have the opportunity to take this matchup to the dramatic Game 7 on Friday night, where all bets are then off. Therefore, he deserves the award, win or lose. 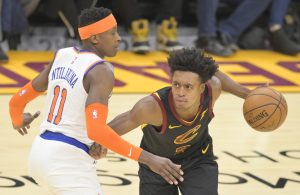 The Cleveland Cavaliers were shelled by the New York Knicks on Monday night, 106-86. The 20-point loss came as...