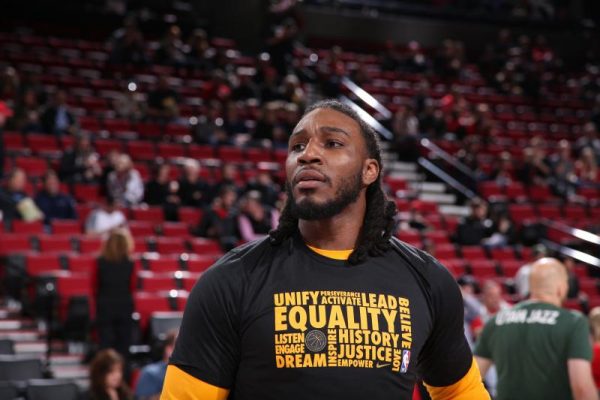 Among the six players dealt away by the Cleveland Cavaliers last Thursday, forward Jae Crowder‘s departure may have arguably garnered the least amount of attention. However, following his first game with the Utah Jazz on Sunday, Crowder’s postgame comments seemed to rectify that situation.

Jae Crowder to @kristenkenney: "I got back to having fun playing basketball with a great group of guys."

"I love playing within a system. It'll be fun."

The 6-foot-6 Crowder started 47 of the 53 games he played in for the Cavs, but struggled to fit in during his brief time in Cleveland. He arrived with a reputation for solid defensive play, yet was part of a lineup that ranked near the bottom in that category among all NBA teams.

In addition, Crowder’s offense paled when compared to his previous two seasons in Boston. In both of those campaigns, he averaged 14.0 points per game, but departed from the Cavaliers with a 8.6 scoring average. On the rebounding front, he had averaged 5.4 boards in those last two seasons with the Celtics, but was hauling down just 3.3 per contest with the Cavaliers.

Since the the Cavs and Jazz have already faced each other twice this year, the only other opportunity that Crowder will have to renew acquaintances with his former teammates this season would be in the NBA Finals. That opportunity is remote in the case of the Jazz. However, the players acquired by the Cavaliers in last week’s deals in exchange for Crowder and others could help the team reach the NBA Finals for a fourth consecutive year come June.