Report: Bulls Could Send Zach Lavine to Cavs for Jordan Clarkson and No. 5 Pick 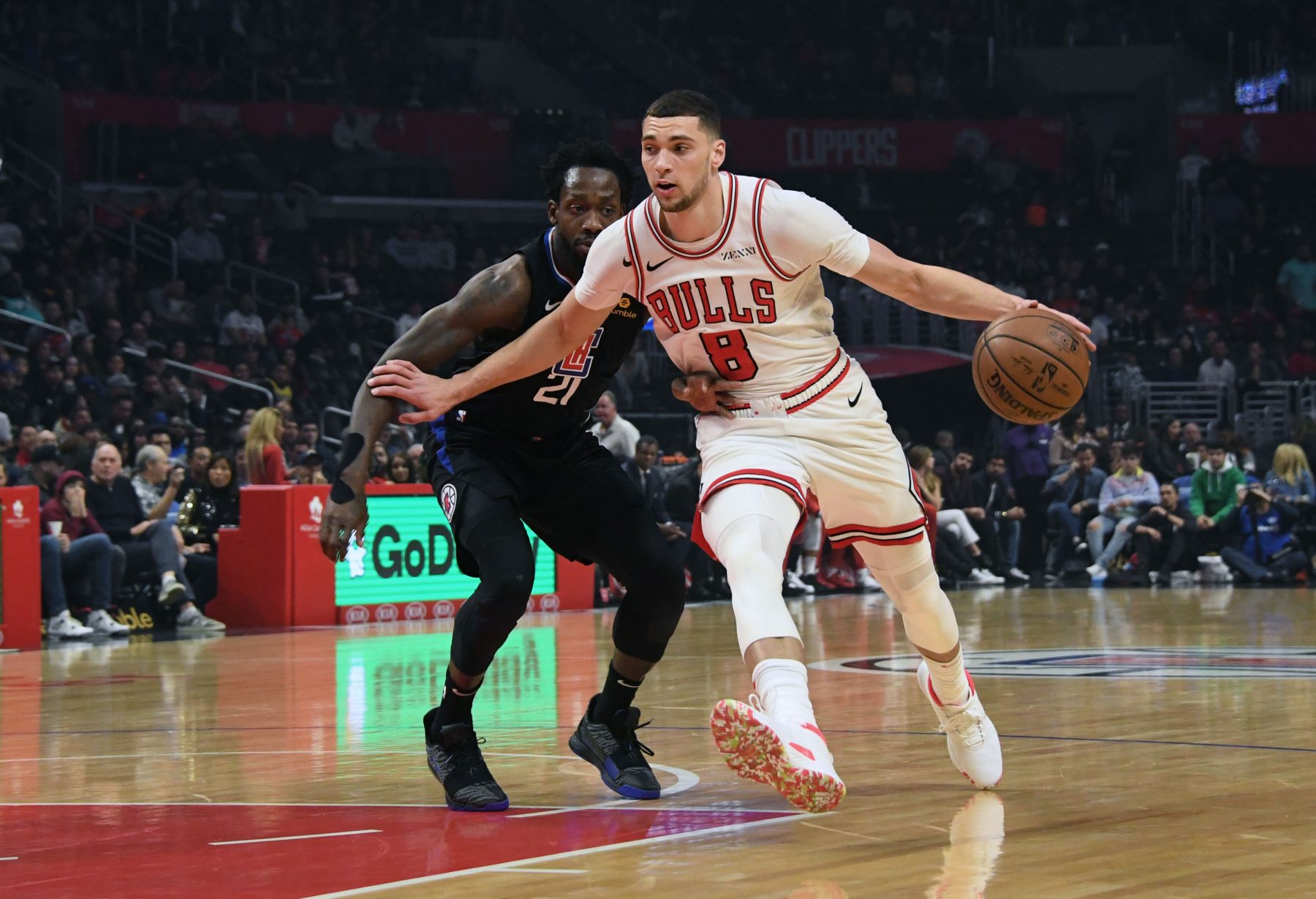 According to Sporting News, the Chicago Bulls and Cleveland Cavaliers could potentially engage in a trade involving swingman Zach Lavine.

The Bulls are focused on adding young, promising talents that will complement young big men Lauri Markkanen and Wendell Carter Jr., and have reportedly made every player on their roster available except for Markkanen and Carter Jr.

A potential trade could look like this: the Bulls send Zach Lavine and the No. 7 pick in this year’s NBA draft to the Cavs in exchange for the No. 5 pick and a few other assets such as Jordan Clarkson and a future second-round pick.

According to Fansided, the aforementioned trade would benefit both teams but may especially help the Cavs should the team continue to build around Kevin Love and delay the rebuilding process:

“The Bulls end up swapping first-round picks with the Cavs here, along with obtaining a future second-rounder. Since LaVine is on the rise, I believe he still outweighs Clarkson and a pick swap. Clarkson is a capable scorer to come in and replace LaVine, and the Bulls could now have an even better shot at landing Garland. Then, their starting five would be set. Meanwhile, the Cavs would have young point guard Collin Sexton paired with LaVine going forward.”

Despite finishing the 2018-19 regular season with the second-worst record in the league, the Cavs have been quite ambiguous about their plans for a potential rebuild. If the team plans to keep Kevin Love, then trading for Lavine makes sense, as the latter is young, clearly on the rise with significant potential, and would help the Cavs boost their chances of returning to the playoffs.

Lavine had a breakout year for the Bulls this past season, averaging 23.7 points, 4.7 rebounds, and 4.5 assists per game while shooting 46.7 percent from the field and 37.4 percent from downtown.