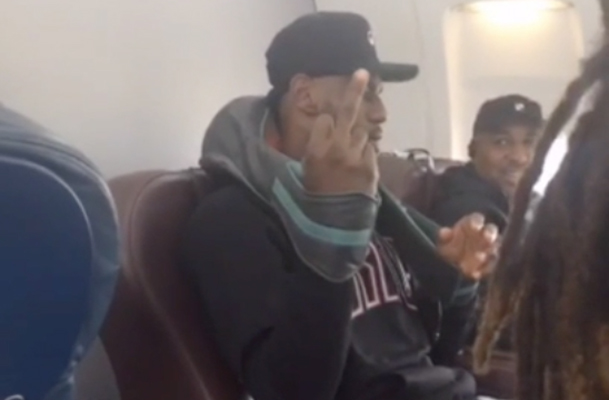 The chemistry and camaraderie between members of the Cleveland Cavaliers are such that ridicule directed at a teammate which might ordinarily split teams apart is something that instead allows for humor to be a major component. That was the case on Wednesday with Richard Jefferson and LeBron James the central figures in a brief video.

During the team’s flight to Indianapolis for Thursday night’s Game 3 matchup against the Indiana Pacers, Jefferson filmed James as he rested in his seat. At the time, James was wearing a device purchased from SkyMall in which his arms were inside slings that were attached to a neck rest.

Jefferson is shown at the start of the video simply laughing along with teammates, with James responding by giving Jefferson the finger. That resulted in Jefferson once again laughing before offering a blunt appraisal of the device:

The Cavaliers are hoping to win both games to be played this weekend against the Pacers, which would give them their third consecutive first-round playoff sweep. Following Thursday night’s contest, the two teams will play Game 4 on Sunday afternoon before returning for a potential Game 5 next week.