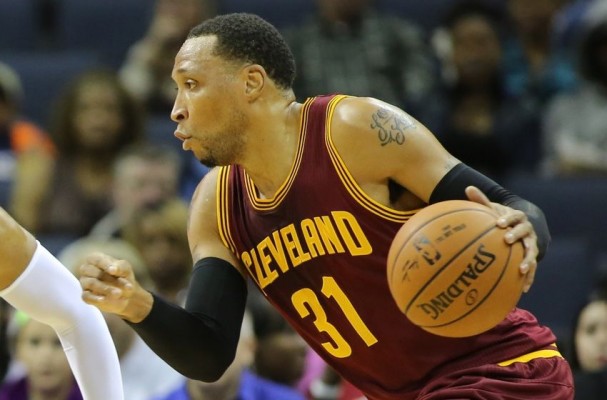 Cleveland Cavaliers veteran forward Shawn Marion could be in uniform for the team’s Sunday night game in Orlando, according to the Cleveland Plain Dealer.

Marion has been resting his injured left hip for the past two weeks after struggling to play after it was strained more than two months ago. He’s traveled with the team on their four-game road swing, and was a possibility to play in Thursday night’s overtime victory over the San Antonio Spurs, but was held out after the pregame.

However, even if Marion is activated for the game, he’s not likely to see much action. That’s because another veteran, James Jones, has been filling in for him, and given the team’s success so far on the trip, head coach David Blatt may want to avoid tinkering with that current formula.

Those injury struggles have helped limit Marion’s performance this year, which has him scoring 4.9 points and grabbing 3.5 rebounds in 20 minutes per game. Those are all career-lows for the 16-year veteran, who had previously announced that he would be retiring at the end of the season.

Marion was brought in to provide veteran leadership to the team, which has made great strides since the return of LeBron James in mid-January and two key trades. That leadership will no doubt be called upon when playoff time comes around.