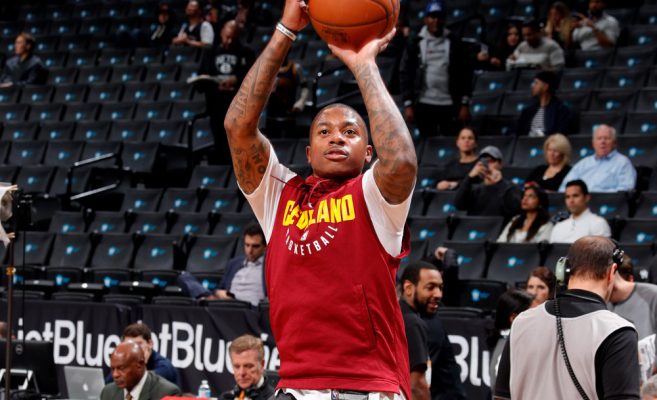 The long-awaited sight of Cleveland Cavaliers point guard Isaiah Thomas playing for the team is anxiously awaited by his teammates, the organization, fans and Thomas himself. The 5-foot-9 guard has missed all of the current season while rehabilitating an injured hip, but offered an update on Wednesday of when that debut will likely take place.

Tom Withers of the Associated Press wrote that Thomas could be back playing sometime next week, with the veteran explaining the timetable he has:

“I’m ramping up my workouts, but at the same time it’s how I feel the next day, and it’s getting lighter and lighter, which is a good sign.”

The Cavaliers begin a road trip next week that begins on Christmas Day with a matchup against the defending NBA champion Golden State Warriors.

Given the need to have a healthy Thomas available for what the Cavaliers hope will be a long playoff run, the team is likely to be very cautious when the final decision is made. That’s because the risk of a setback because of Thomas returning too early would be a blow to a team that currently has little depth at point guard.

One game that Thomas already has circled on his calendar is Jan. 3, when the Cavaliers travel to Boston to face Thomas’ old team, the Celtics. The point guard has already spoken in the past about his motivation in showing that Boston made a mistake in exchanging him for former Cavalier Kyrie Irving.