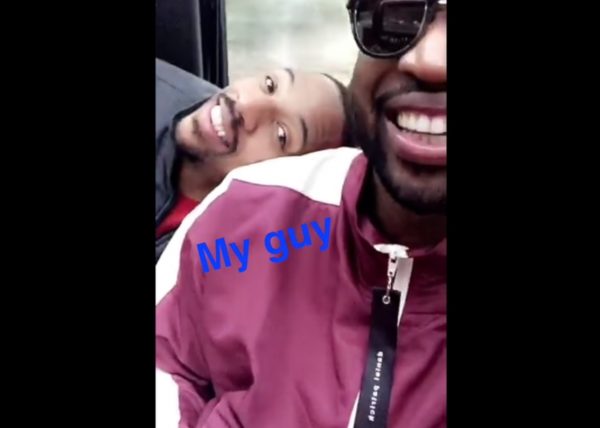 As a result of a unique scheduling quirk, the Cleveland Cavaliers were able to carve out a trip on Thursday to Napa Valley during their three-game road swing that concludes on Saturday night in Utah. Highlights of that brief respite in Napa were captured on video by Cavs veteran Channing Frye.

Besides Frye himself, the two-minute video presents moments with players such as Jae Crowder, Kevin Love, Dwyane Wade and J.R. Smith. Frye can be heard remarking on the places visited, which included a trip to a wine cellar where wines are aged and food is offered to visitors.

Joe Vardon of Cleveland.com noted that the trip itself was the brainchild of Cavaliers head coach Tyronn Lue, who saw the Napa visit as a chance to briefly unwind and another opportunity to reinforce the strong chemistry currently enjoyed by the team.

“Steve Kerr came up to me before the game (on Christmas) and was like, ‘man, I heard you guys are going to Napa. That’s really great,'” Lue said Wednesday morning. “And it’s a great time to do it. The grind of the season is long. And it will just be something special for the team.”

Frye also spoke about what makes the trip special:

“Wine, honestly you can probably get this wine anywhere,” Frye said. “It’s nicer when it’s there, but the food is what is exciting to me.”

LeBron James was also enthusiastic about the visit and took time to thank Lue for his idea:

“This is all T-Lue, this is all coach Lue,” James said. “Whatever we were going to do, we were ready for it. For us to have a unique opportunity to go travel in wine country on one of our days off, I think it’s pretty cool that our coach, through a gruesome season, a long season and right now throughout the holidays when we’re away from our families, for us to be able to kind of get our mind away from basketball, not being with our families, to be able to go there and learn some things and also taste some great wine. Just to decompress for 24 hours, that’s pretty genuine on his behalf.”

One interesting aspect of the trip was Lue and the team taking time to meet former general manager David Griffin, who, along with his wife, relocated to that area after his contract wasn’t renewed last June by Cavs owner Dan Gilbert.