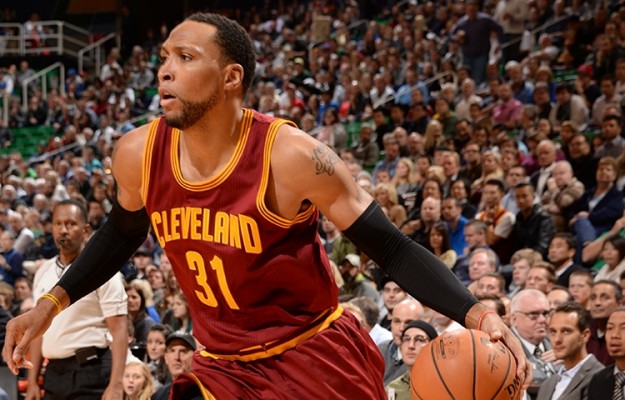 Cleveland Cavaliers veteran forward Shawn Marion is expected to miss at least two weeks due to a left hip strain, according to the Cleveland Plain Dealer.

The team announced the results of an MRI that Marion took at the Cleveland Clinic. The 16-year veteran has not played since the season resumed last week, and has missed three of the team’s last eight games.

Cavaliers head coach David Blatt spoke about the situation during the team’s morning shootaround for Tuesday night’s game against the Detroit Pistons.

“I knew before that Shawn wasn’t feeling great. That’s the reason he wasn’t playing. He wasn’t healthy.”

Blatt also added, “We really wanted to give him a chance to get through this problem as we have done on several other occasions this year with other players. I think it’s good that he’ll take the time to rest and rehabilitate and to get the treatment he needs to come back when he’s fully ready to play.”

Marion himself commented about the frustration of dealing with the lingering issue, telling the Akron Beacon Journal, “I’ve been trying to fight through it as much as I can, but it’s causing me a lot of discomfort. I just want to get back to 100 percent healthy

The problem first surfaced in early January and resulted in spotty playing time. With the issue getting worse, Marion’s time on the court dropped even further. During the team’s eight games in February, he’s averaged just under eight minutes per game.

While his numbers for the season are below his career averages, Marion’s postseason experience was one of the reasons the team chose to sign him during the offseason.

Last month, Marion announced that this season would be his final year as an NBA player.