Cavs Rumors: LeBron James Expected to Opt out of Contract 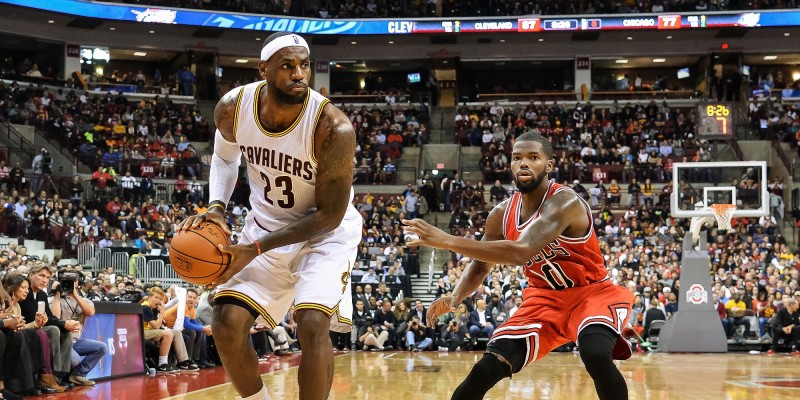 In a move that shouldn’t come as a huge surprise, LeBron James is expected to opt out of the second year of the Cleveland Cavaliers‘ contract he signed after returning to the team last July.

The move, first reported by Joe Vardon of the Cleveland Plain Dealer, stated that James is “widely expected” to decline his player option that would pay him $21.57 million next season, a bump from the $20.64 million he’s paid this year.

In truth, the supposed decision would be based on simple economics and not on any issues dealing with the state of the team. That’s because the NBA salary cap will be increasing next year, which should allow James to make approximately $23 million next season.

Any deal he negotiates for the 2015-16 season will undoubtedly feature another one-year opt-out clause. That’s because beginning with the 2016-17 season, a new television contract will kick in for the league, and is expected to boost the salary cap for teams up to $90-$100 million.

The max contract that James signs at that point will allow him to make up to 35 percent of the team’s basketball-related revenue. Teammate Kevin Love is also expected to take advantage of this situation when he’s eligible to become a free agent after this season.

Of course, regardless of how it’s worded, the main takeaway for some fans and especially media outside the Cleveland area will be that James plans on leaving the team over any one of a number of supposed problems. James himself has never given any indication that he’ll leave, so until his contract is signed, the rumor mill will be going at full speed.

James and the Cavs will host his former team, the Miami Heat, in an 8:00 pm ET matchup on Wednesday night.