Video: Cedi Osman With His First ‘Shaqtin’ a Fool’ Moment of the Season 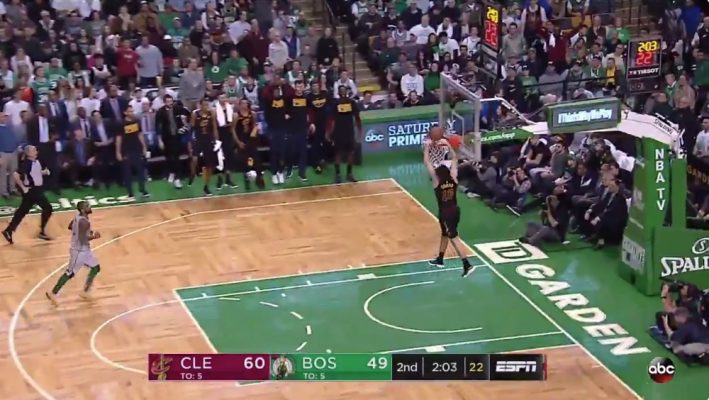 Cleveland Cavaliers rookie Cedi Osman played his best game during his brief tenure with the team on Friday night. However, despite the improvement shown over the course of the season, Osman still has some kinks to work out when it comes to certain aspects of his game. One of those areas might be in the area of breakaway dunks.

Late in the second quarter of Sunday afternoon’s game against the Boston Celtics, Osman stole a Boston pass and was on his way to an easy dunk. The problem was his effort bounced off the rim and resulted in a turnover as seen below:

Osman is gaining respect among his teammates for his strong work ethic, but he’s been the source of team ribbing before. The previous occasion came during the Jan. 5 game at Orlando, when he launched a lengthy pass to Kevin Love in a manner befitting a soccer goalie.