Cavaliers vs. Suns Game Preview: Struggling Cavs Look to Bounce Back Against Suns 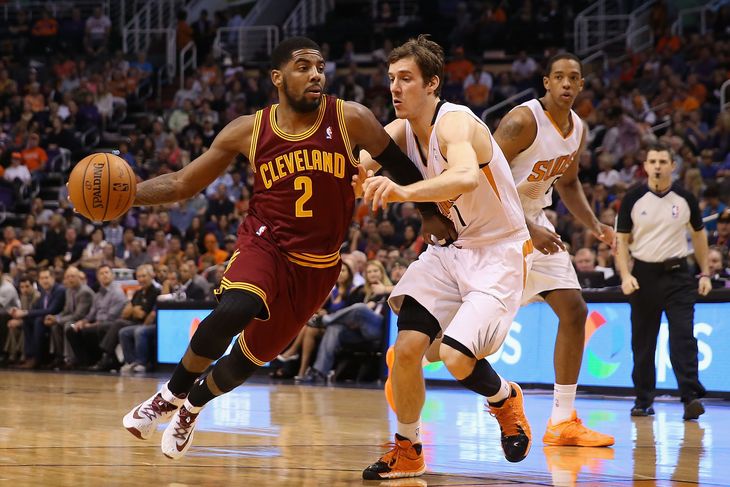 (Phoenix, AZ) — The Cleveland Cavaliers (19-19) travel to Arizona on Tuesday to face off against the resurgent Phoenix Suns (22-18).

It will be the third game in the Cavs’ five game western road trip. The road has been a struggle for the team so far, with double-digit losses to both the Golden State Warriors (29-5) and Sacramento Kings (16-21). The loss marks a low point in the Cavaliers season as they have dropped to .500 at 19-19.

The recent absence of LeBron James has hamstrung the team, evidenced by the eight losses in nine games without the Cleveland star. Injuries have ravaged the Cavs to begin the season, robbing the team of much needed experience playing together.

The Suns on the other hand, have been experiencing a recent resurgence as they cling to their slim playoff hopes. With the Oklahoma City Thunder nipping at their heels, every game is important from here on out for the Suns.

On the Cavs side, the team has been incorporating new pieces added through recent trades. J.R. Smith has been a welcome addition to the Cavs roster, and will likely fill a much needed scoring void off the bench. Timofey Mozgov has had an instant impact in the starting lineup and will likely improve the Cavaliers floundering defense.

Reinforcements may arrive sooner than expected with LeBron and Shawn Marion possibly returning for the matchup against the latter’s former team. As the Cavs return to health, and the newcomers settle in to their accustomed roles, an improvement across the board for the Cavs would not be surprising.

1. Keep the three-headed point guard monster off the line.

In order for the Cavaliers to stand a chance in this game, they will need to match the production of the three point-guard attack of Goran Dragic, Eric Bledsoe, and Isaiah Thomas. These three are dangerous penetrators and can get to the free-throw line at will. If the Cavs don’t stop the dribble attack of these three talented guards, then it’s going to be a long night.

The Suns are a dynamic offensive team prone to potent offensive runs throughout the game. The Cavaliers are also a team that tend to get down on themselves early if the game is not going their way. It’s almost inevitable that they will be trailing at some point Tuesday. If they can keep their heads up, and keep plugging away, the Cavaliers just might be able to steal a much needed road win in Phoenix.