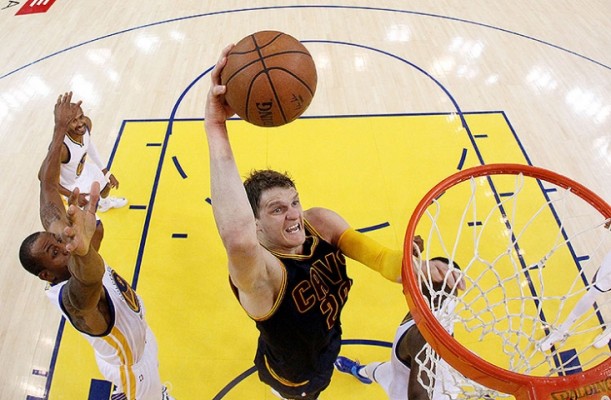 The first step in tying up the many loose ends for the 2015-16 season has been taken by the Cleveland Cavaliers as they have picked up next season’s team option for center Timofey Mozgov.

The move, reported by the Cleveland Plain Dealer, was fully expected due to seven-foot Russian’s play after joining the team in a January 7 trade with the Denver Nuggets. In addition, the club-friendly salary that Mozgov will make next year, $4.95 million, will be one of the lower amounts the team deals with during the busy free agency period that could see the Cavaliers have as many as 10 free agents.

However, next year, Mozgov will be an unrestricted free agent and could potentially make as much as $15 million per year. That likelihood is related to the scarcity of quality centers, though the Cavs will have something of a cushion next year in that area. That’s because the salary cap is expected to jump to around $90 million, as opposed to the $67 million for the upcoming year.

In his 46 regular season games with Cleveland, Mozgov averaged 10.6 points and 6.9 rebounds, and virtually matched those numbers in 20 playoff games. During the NBA Finals, he scored 28 points, marking a career-high in that category. Along the way, he became an important part of the team’s success by providing a strong presence in the paint.