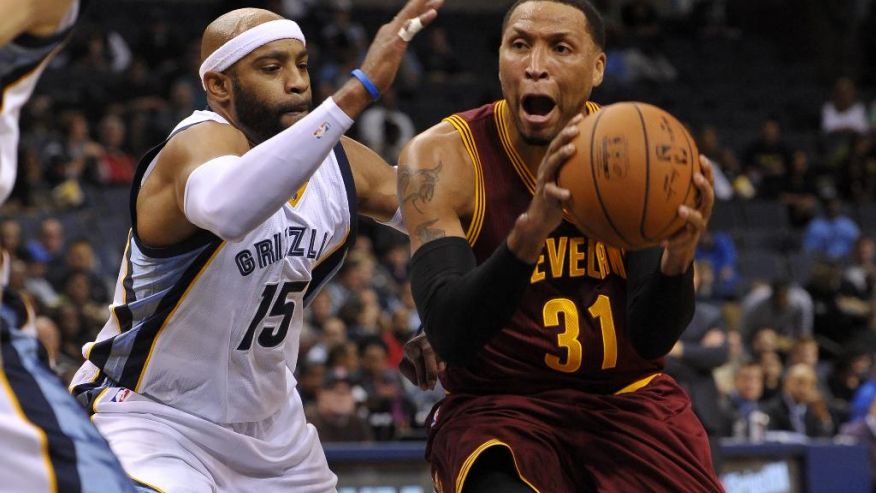 (Cleveland, OH) – On Sunday afternoon, the Cleveland Cavaliers (15-10) will play host to one of the NBA’s elite teams in the Memphis Grizzlies (21-5), who currently hold the second seed in the Western Conference.

The Cavs will look to build upon a very strong defensive performance Friday night against the Brooklyn Nets (10-15) in which the Cavs won 95-91.

The Grizzlies are coming off only their second home loss of the season, when the Chicago Bulls defeated them by a score of 103-97 Friday night at the FedEx Forum in Memphis, Tennessee. Grizzlies forward Zach Randolph is coming off one of his worst offensive games of the season with eight points, only the second time all season he hasn’t scored in double figures. Holding averages of 16.1 points and 11.4 rebounds, don’t expect the same Z-Bo to show up against the Cavaliers.

On Wednesday night, the Cavs received a ton of help from an unlikely hero who happened to be returning from injury: Mike Miller. Making his first start of the season after missing seven straight games with a concussion, Miller sank seven of his eight three-point attempts for 21 points.

LeBron James, who had been a teammate of Miller’s with the Miami Heat during their back-to-back titles in 2012 and 2013, was quick to show praise of Miller’s game against the Nets.

“He’s a professional guy. You know you can always count on him, even when he’s doesn’t make shots. We needed him. He kept us afloat,” James said of Miller, who spent the past year with the Grizzlies. “His ability to shoot the ball gives us so much more of a dynamic out there.”

In order to pull off a much-needed victory at Quicken Loans Arena against the Grizzlies, the Cavs need to play their best basketball. The Grizzlies have consistently been one of the most balanced teams in the NBA the past few years.

“Memphis is very physical and they’re very deliberate,” said Cavs head coach David Blatt. “They have a particular style that is a little different from many teams in the West.”

The keys to the game for the Cavs are relatively self-explanatory, considering how balanced the Grizzlies are across the board: let LeBron work his magic, continue to play solid defense and contain the Grizzlies tandem of Mike Conley and Randolph. The Cavs have found themselves being pretty dismal against good teams on the defensive end, being ranked 16th out of 30th in total points allowed in the NBA. That needs to change in order for them to pull out a victory against Memphis.

The game will tip-off shortly after 4:30 pm ET at Quicken Loans Arena. Both teams are very healthy as of right now, with no starters slated to miss Sunday afternoon’s game.