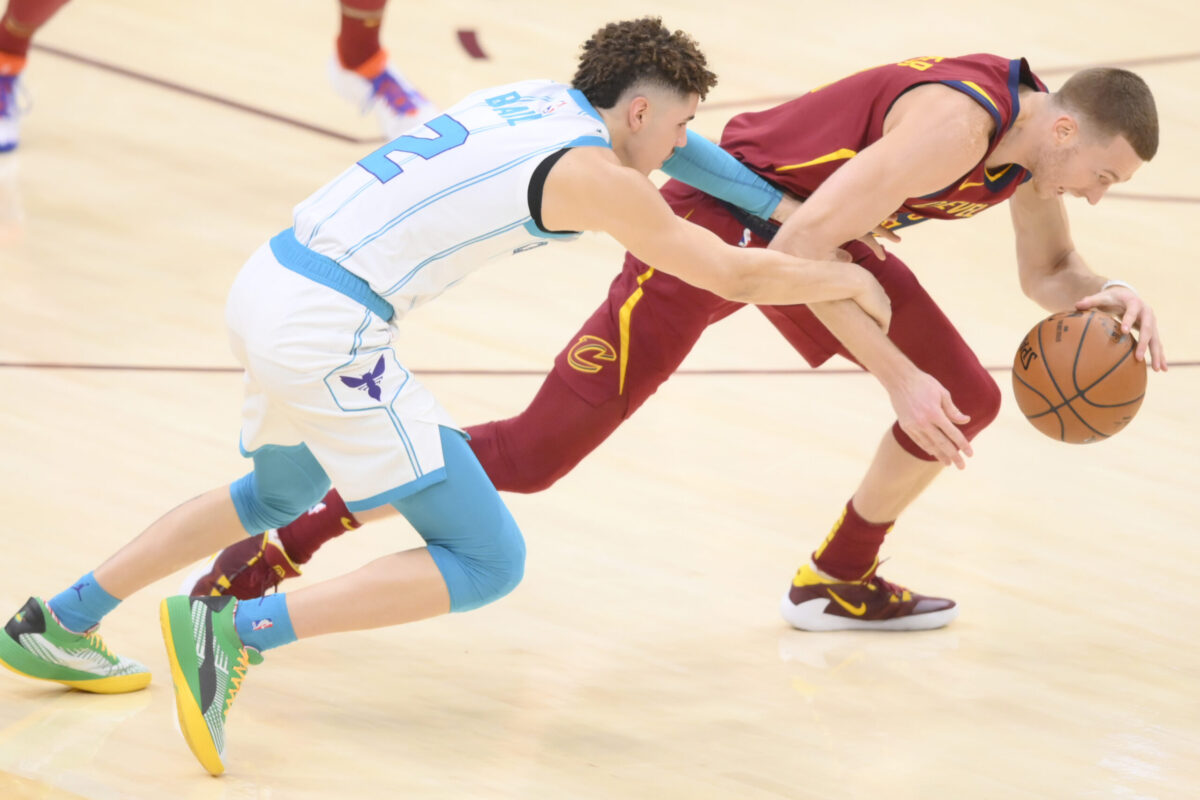 The Cleveland Cavaliers enjoyed a solid win against the Charlotte Hornets in their season opener on Wednesday.

However, the team is worried that Dylan Windler suffered a serious injury in the game.

Despite x-rays on #Cavs Dylan Windler coming back negative last night after the game, I’m hearing there’s a lot of concern within the organization about a serious injury. The hope, obviously, is the concern is unfounded, especially given what Windler went thru last year

Windler, 24, went down with a hard left wrist injury during Wednesday’s game.

The 6-foot-6 pro missed the entire 2019-20 campaign due to a leg injury. The Cavs had high hopes for the sharpshooter last season.

On Wednesday, Windler collected three points and two steals in his NBA regular season debut. The Cavs earned a 121-114 victory over the Hornets.

The Cavs finished with the worst record in the Eastern Conference last season. However, the franchise hopes to make the playoffs this season.

charlotte hornetscleveland cavaliersDylan Windlerfeaturednews ticker
← Previous Story Report: Isaac Okoro made it known to Cavs brass he wanted to be drafted by Cleveland
Next Story → Report: Cavs in ‘no hurry’ to rush Kevin Porter Jr. back into action