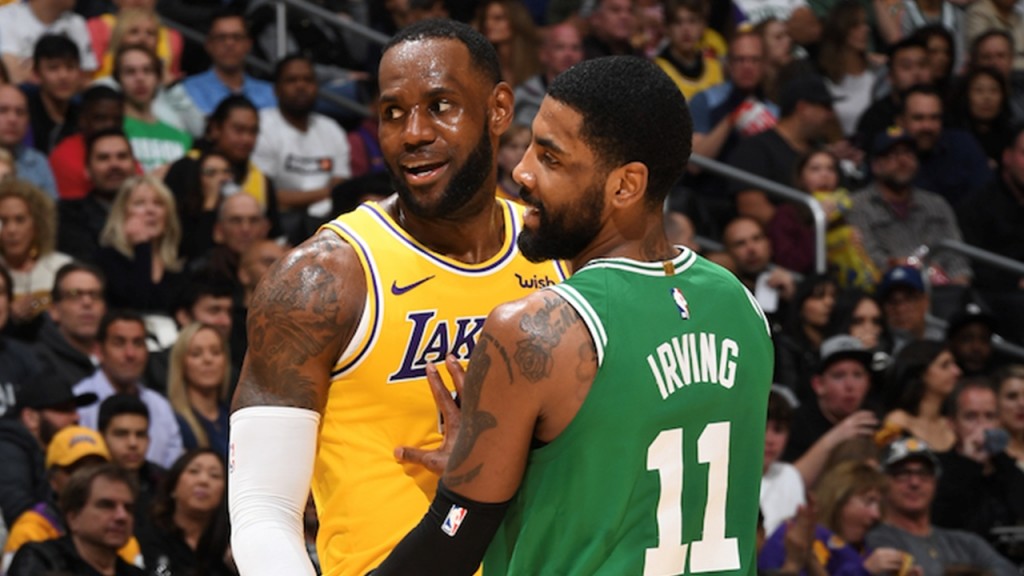 Former Cleveland Cavaliers teammates LeBron James and Kyrie Irving were seen hanging out at a nightclub in Los Angeles on Sunday.

The two stars recently reconciled after Irving’s awkward departure from Cleveland. Now James is recruiting players to join him on the Los Angeles Lakers.

It looks like he may already be making the pitch to Irving.

Kyrie Irving was seen with LeBron at Hyde in LA on Saturday. https://t.co/5HdVUECJOj

Irving, a six-time All-Star, is a free agent. While the Boston Celtics are optimistic they can re-sign him, there have been numerous reports that he’s looking for a new home.

James, on the other hand, has three years left on his deal with the Lakers. After a disappointing season that saw Los Angeles miss the playoffs, the four-time MVP is hoping to recruit some star talent to play alongside him.

A reunion between the two, who won a title together in 2016, would be a lot of fun. That said, it would certainly be poignant for Cavs fans.

Los Angeles has room for another max contract. They would be able to accommodate Irving easily if he wanted to join the team.

Irving is coming off a year in which he averaged 23.8 points, 5.0 rebounds and 6.9 assists per game. He was selected to the All-NBA Second Team.

James dealt with injuries this year, but still averaged 27.4 points, 8.5 rebounds and 8.3 assists per game. He made the All-NBA Third Team.