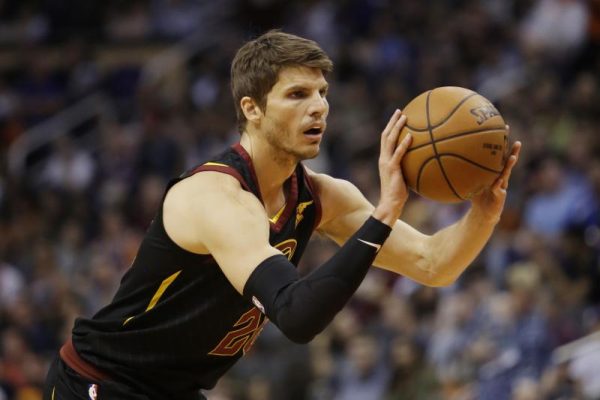 Cleveland Cavaliers shooting guard Kyle Korver was excused from the team over a week ago to be with his family after the tragic passing of his younger brother.

Earlier this week, fans saw Korver lay his brother down in his final resting place, and it seems they will soon be welcoming the sharpshooter back with open arms. Korver is reportedly back in Cleveland and is already getting back into the swing of things with his teammates.

Kyle is back in Cle and had a workout today at Cleveland Clinic Courts..we’re all anxious to have him back! https://t.co/eB3VOh6vBG

Prior to the Korver’s departure from the team, he had been playing some of his best basketball of the season, reaching double-digit point totals in four straight games despite averaging just 9.4 points per game on the season. Hopefully, he will be able to pick up where he left off upon his eventual return and help the Cavs continue their recent success.

Despite the departure of Kevin Love in Monday’s loss to the Miami Heat, the Cavaliers are closer to full strength than they have been in over a month. With the playoffs just around the corner, it seems they are returning to full health at exactly the right time.

While there is no doubt that Korver is still mourning the tragic loss of his younger brother, hopefully he will find great joy in returning to the court and playing the game that he loves.