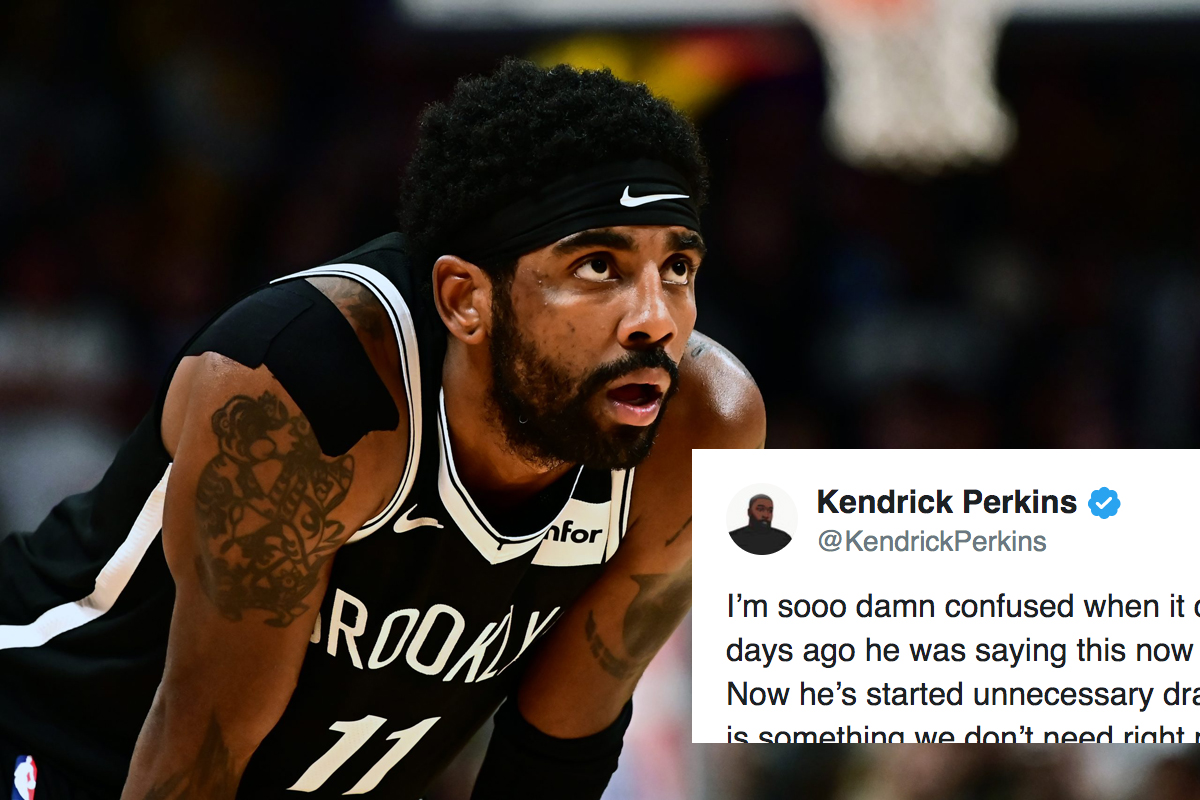 I’m sooo damn confused when it comes down to Kyrie Irving….just 9 days ago he was saying this now all of sudden it’s something different?! Now he’s started unnecessary drama between the NBA brothers which is something we don’t need right now. https://t.co/Je1374Bh9a

On Friday, Irving expressed his reluctance to resume the season during a conference call among a group of NBA players. Irving cited the safety concerns pertaining to the coronavirus pandemic and also spoke of the recent racial disturbances as a reason why getting back on the court is unwise.

Perkins played with Irving as part of the 2014-15 Cleveland Cavaliers team that reached the NBA Finals. After Irving was traded to the Boston Celtics in 2017, Perkins rejoined the Cavaliers the following April, but barely saw action.

The frustration expressed by Perkins isn’t the first time that he’s been angered by some of Irving’s actions.

Perkins, a former member of the Celtics, attacked what he felt was Irving’s apathy while playing in Boston. Then, in February, Perkins criticized Irving’s being named vice president for the National Basketball Players Association.

This latest issue involving Irving is one in which he likely won’t get what he wants. One thing does seem clear: He and Perkins don’t figure to be getting together anytime soon.

boston celticscleveland cavaliersfeaturedKendrick Perkinskyrie irvingnews ticker
← Previous Story Former Teammate on Bronny James: ‘By the Time He’s a Senior, He Might Be the Best Player in the World’
Next Story → Larry Nance Jr. Roasts Kevin Love After Seeing His Glass-Shattering Dunk From High School