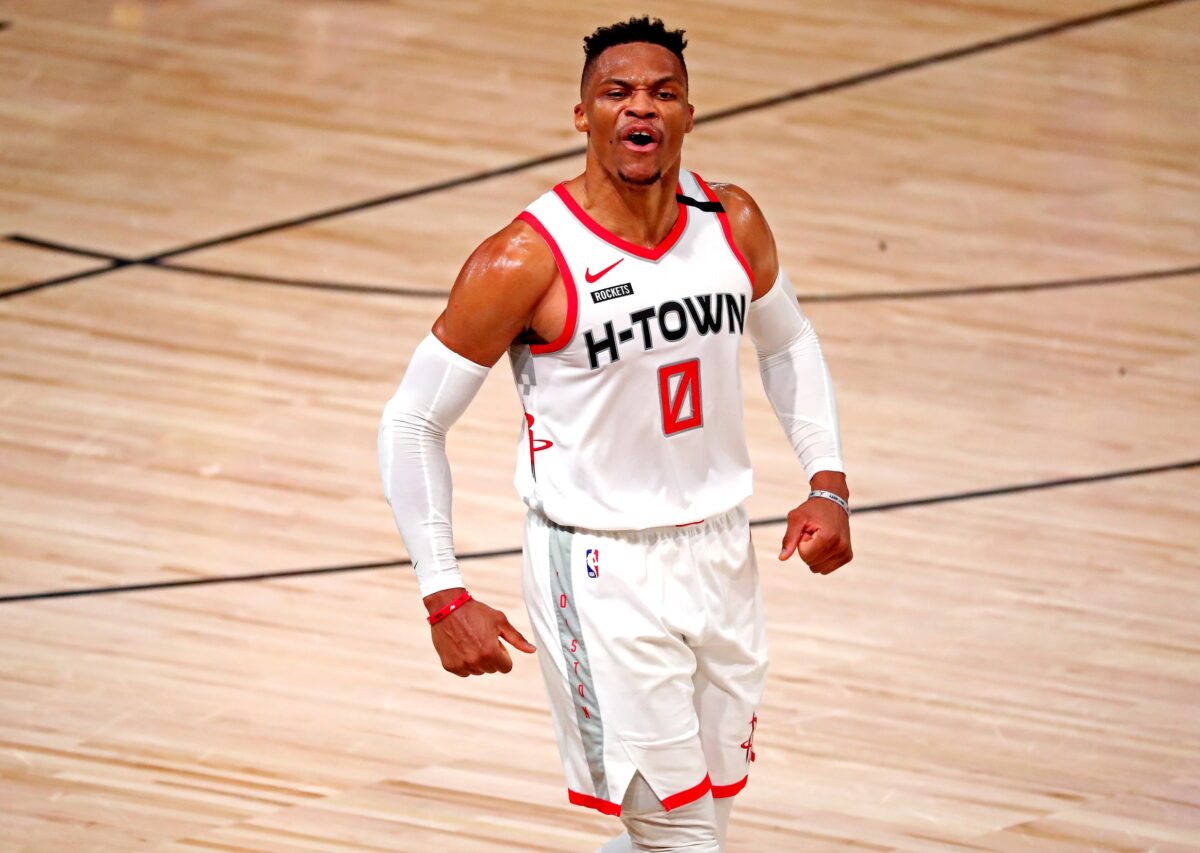 The Cleveland Cavaliers and the Houston Rockets reportedly had conversations about a potential deal involving Russell Westbrook.

The Athletic’s Shams Charania revealed on the Load Management podcast that the two teams spoke about a deal, but the Rockets price was not met.

Shams Charania reports that the Houston Rockets spoke with the Cleveland Cavaliers during Draft Week about a potential Russell Westbrook trade. However, the Rockets’ price was not met.

(Via the Load Management podcast)

The Cavs are currently in a rebuilding phase, but a trade for Westbrook would have immediately thrust them into the playoff picture.

However, it likely would have come at the cost of multiple young players, and the Cavs need more help than just Westbrook to contend for a playoff berth.

Westbrook is an All-Star caliber player, but the Cavs seem to be comfortable building around Collin Sexton, Darius Garland and recent draft pick Isaac Okoro.

The Cavs are looking to improve upon last season’s record, as they finished in last place in the Eastern Conference.