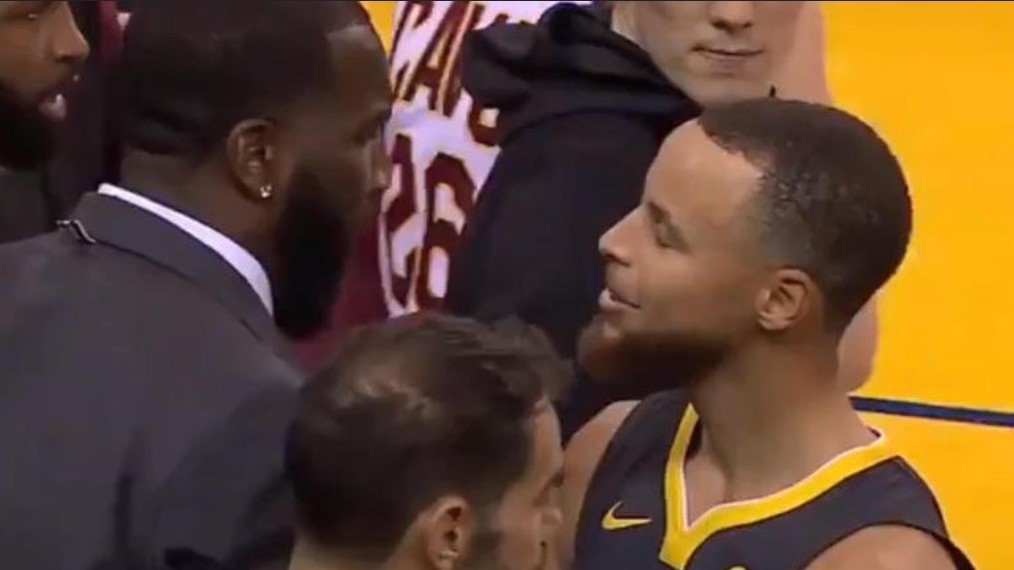 Kendrick Perkins was a member of the Cleveland Cavaliers during the 2018 NBA Finals, and he got into it with Golden State Warriors guard Stephen Curry during Game 2.

Curry took a shot from the corner to end the third quarter and fell back towards the Cleveland bench where Perkins was sitting.

The Warriors guard immediately turned around as he and Perkins came face to face.

Perkins claims that Curry said that he tried to trip him.

“I’m like, ‘Bro I didn’t move my leg,’” Perkins said. “‘I didn’t stick my leg out. I was sitting the same way the whole time. What are you talking about?’

“You know what I told him?” Perkins continued. “I said, ‘Steph, man, chill out man. For real before I make you smell my cologne.’”

Perkins said that even though he would go to extreme measures to win, he would never try to take anyone out.

While Perkins certainly was sitting somewhat sprawled out on the bench, it is clear that he doesn’t move at all as Curry falls back into him.

The altercation may have lit a fire under Curry, however, who ended up scoring 16 points on 5-for-8 shooting in the fourth quarter to lead the Warriors to a victory.

Perkins didn’t end up playing a minute in the series, in which the Cavaliers were swept.