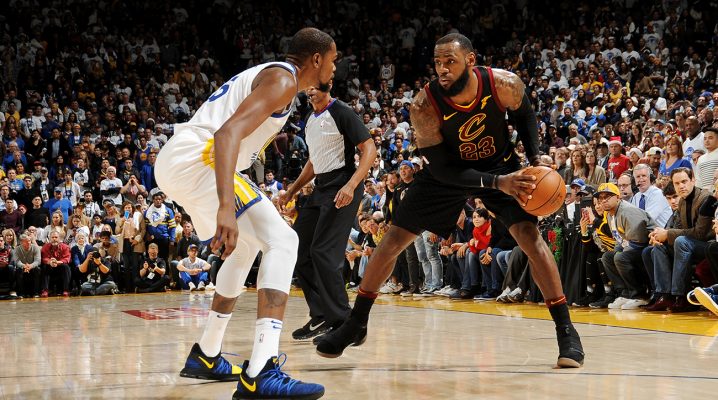 Now that former Cleveland Cavaliers superstar LeBron James is 35, some believe he’s no longer the best player in the NBA.

Count former Chicago Bulls forward Toni Kukoc among them, as he said on a recent AMA (ask me anything) on Reddit that he thinks Kevin Durant is currently the best in the game.

“Basketball doesn’t require a playmaker anymore, somebody that you always look for that has to bring the ball up the floor,” said Kukoc. “In this era, there’s so many players with multiple skills, that it’s almost a waste of time to look for the playmaker when someone can push the ball and get into the offense.

“Plenty of times LeBron is mistaken as a point guard, which is awesome. Kevin Durant, to me in my personal opinion, is the best player in the NBA. He can easily bring the ball up the floor. That’s a style that the triangle offense allowed that any one of us could run the point or be a post person or fill the corners. It’s not requirement to have a point guard, you can have skill players with 3 or 4 guys on the same team playing multiple positions.”

Kukoc certainly seems to be in the minority when it comes to thinking that Durant is a better player than James.

However, there’s one nugget that helps Durant’s case: In 2017 and 2018, his Golden State Warriors convincingly defeated James’ Cavs in the NBA Finals.

Both times, James put up his usual eye-popping numbers, which included a triple-double average in the 2017 championship series.

Yet, Durant also put up sterling stats in both series. He averaged 35.2 points, 8.2 rebounds, 5.4 assists and 1.6 blocks per game in the 2017 Finals, en route to his first championship and Finals MVP.

In 2018, the former Oklahoma City Thunder contributed 28.8 points, 10.8 rebounds, 7.5 assists and 2.3 blocks a game in Golden State’s four-game sweep of Cleveland in the NBA Finals. Those numbers earned Durant another Finals MVP award.

Although Kukoc has a good point when he says that Durant can bring the ball up court and initiate his team’s offense, most consider James to be clearly superior in that aspect of the game.