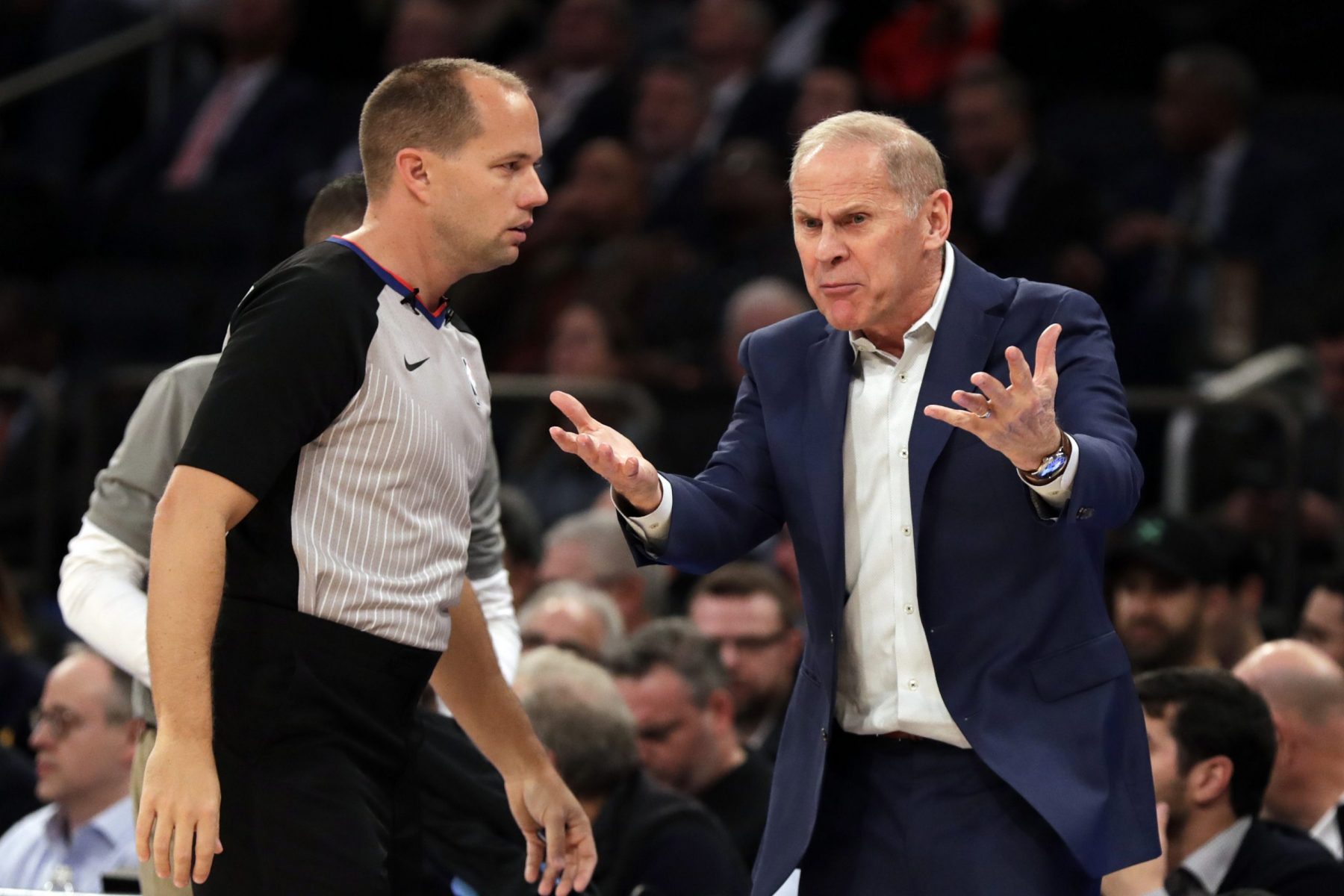 The Cleveland Cavaliers are off to a dreadful start to the 2019-20 season, and it appears that the team’s players are already starting to point fingers at rookie head coach John Beilein.

According to a report from Joe Vardon and Shams Charania of The Athletic, Cavs players are growing weary of Beilein’s coaching style. In fact, it appears that players are already looking to other members on the staff for leadership.

“In the midst of losses in four consecutive games and 10 of their past 11, Cavaliers players are bristling at new coach John Beilein because he’s treating this season like they, and he, are still in college, numerous sources told The Athletic,” Vardon and Charania wrote.

“It’s already gotten to the point where players are looking past Beilein to his lead assistant, J.B. Bickerstaff, for guidance, those sources said.”

Unnamed players have seemingly lined up to air their grievances regarding their head coach.

One indicated that Beilein has already lost the team.

“Guys drowned out his voice, and when guys start searching for the next in line for help, I believe you’ve lost them,” one Cavs player said.

Another player said that the situation has gotten progressively worse over time.

Finally, a third unnamed player expressed his belief that veteran NBA assistants on the staff, such as Bickerstaff, are more tuned into coaching in the league compared to Beilein.

“Our assistants are definitely more prepared for the NBA,” a third said.

The Cavs are in the midst of losing 10 of their last 11 games. Many of those losses have come in embarrassing blowout fashion. Based on that, it’s not all that shocking that players are growing tired of Beilein’s approach.

Hopefully, this report serves as a wakeup call for the first-year coach. While there are still many games left in the season and a lot of time for Beilein to win back his players, it is also possible that any changes he would make would prove to be too little, too late.