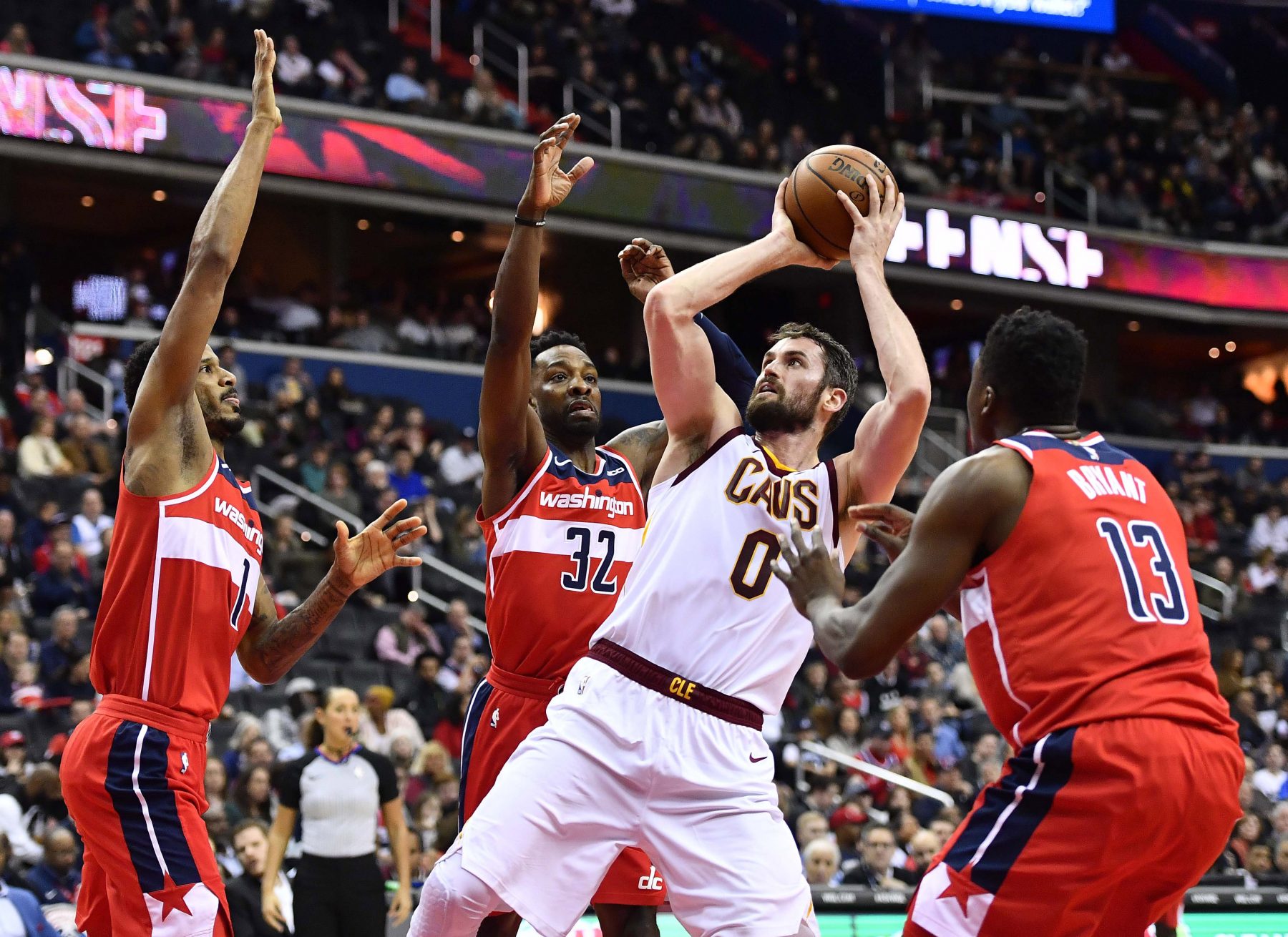 Cleveland Cavaliers star big man Kevin Love is not necessarily on the trading block, but according to a recent report, the team would move him for a combination of young talent and future draft picks.

The report came from Chris Fedor of Cleveland.com:

“The answer still hasn’t changed. While it’s not wise to use the never term in this ever-changing league, the Cavs don’t want to trade Love. No, there aren’t any untouchables on this roster. Prized rookie Darius Garland would be the closest to that. If the Cavs are blown away by a Love offer and receive the package that meets their demands then, of course, they would consider it. It would be foolish not to. According to sources, the Cavs would want some combination of young players and draft picks. Not one or the other. Both.”

While the flurry of offseason action across the NBA has seemingly not yet come to an end, there have been no serious rumors regarding Love’s departure from the team.

Perhaps the most substantial trade hypothetical involving Love that has been discussed this offseason is a possible move to the Portland Trail Blazers. While the Western Conference is stacked with talent, it is also more open than it has been in years.

With stars Damian Lillard and C.J. McCollum already in place, it is possible that the Blazers front office would look to bring Love in with the hopes of making them serious title contenders.

The issue is that the Blazers aren’t exactly teeming with young talent. The only enticing current member of the team is rookie Nassir Little, who was a highly recruited high school star, but struggled at the college level. As for future draft picks, the Blazers have a solid number of assets available to use.

If the Cavs were to trade for Love, those picks would likely be near the bottom of the first and second rounds as opposed to the top for the next several seasons. It is unclear if that combination of assets would be enough to move the needle for the Cavs.

Ultimately, time will tell whether or not Love is a serious trade candidate. If he is ultimately shipped from Cleveland, he will leave as one of the most beloved and impactful stars in team history.