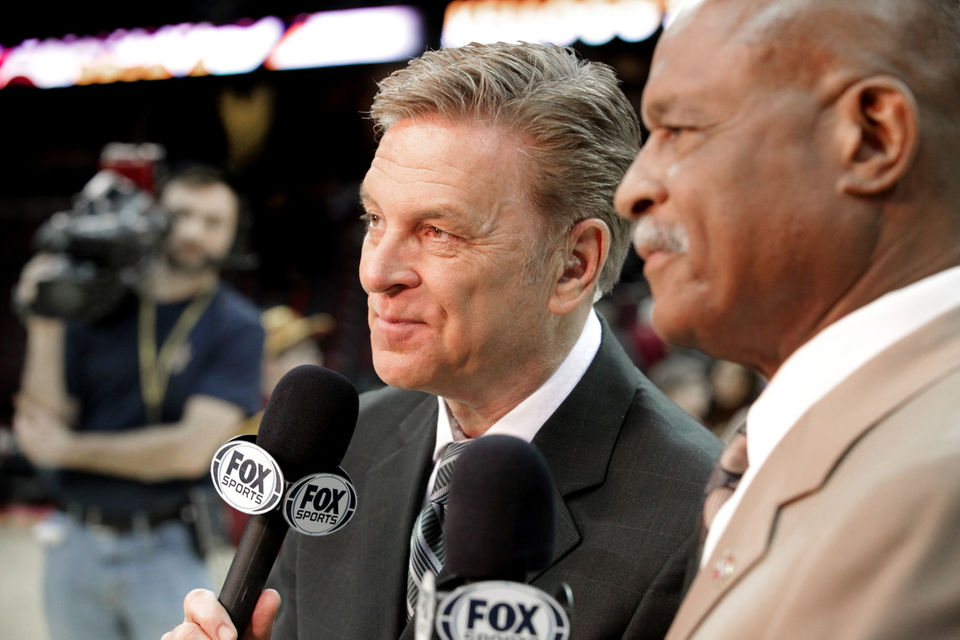 On Friday night, the Cleveland Cavaliers played in their second televised game since the Sept. 9 death of longtime Cavs broadcaster Fred McLeod.

The bond that had developed between Carr and McLeod over their lengthy time together made the innocent mistake seemingly inevitable. It no doubt tugged at the heartstrings of viewers who were among the many stunned in the wake of McLeod’s unexpected passing.

Michael was named to replace McLeod two weeks after the latter’s death, an accelerated timetable based on timing. The Cavaliers had little time to conduct an exhaustive search and instead moved Michael over from his role as the team’s radio play-by-play man. Tim Alcorn was named to replace Michael.

The pressure of trying to fill the shoes of McLeod is an unenviable one, yet it’s not the first time that Michael has been put in that position with the Cavaliers. Back in 2011, he was named to replace another Cavs broadcasting legend, Joe Tait, who retired after calling the bulk of the team’s games since its first season in 1970.

Like the players, Michael and Carr will seek to establish their chemistry in the remaining preseason contests. The Cavaliers’ first regular season game takes place on Oct. 23 in Orlando.