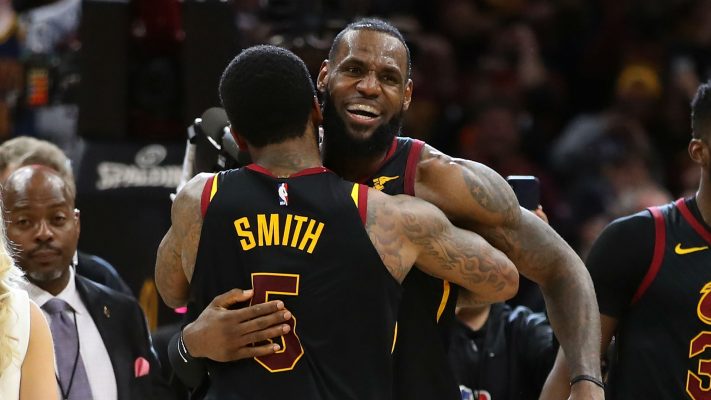 J.R. Smith may remain in exile from the Cleveland Cavaliers, but he took time to honor former teammate LeBron James for a huge milestone in the future Hall of Famer’s career.

Smith offered a salute on social media that also recalled the era of success the Cavaliers had when the two players were on the roster together.

I think you did something or passed someone this day too but this one different!!! Bro you passed “Mike” like that’s OD real talk congrats bro! Love you kid @kingjames

The milestone James reached on Wednesday night was passing the legendary Michael Jordan on the NBA’s career scoring list. James entered Wednesday night’s game between his Los Angeles Lakers and the Denver Nuggets needing just 13 points to accomplish the feat and achieved it by halftime.

James officially passed Jordan during the second quarter on a layup that he then converted into a three-point play after being fouled. During the next timeout, the Lakers honored James with a tribute video and fans at the game offered a standing ovation.

In the case of Smith, he’s awaiting the offseason after the Cavaliers were unable to trade him before the league deadline last month. The Cavs are hoping to find a trade partner for the veteran guard this summer. His banishment from the Cavs came back in November after he accused the team of tanking the season in order to secure a high draft pick.