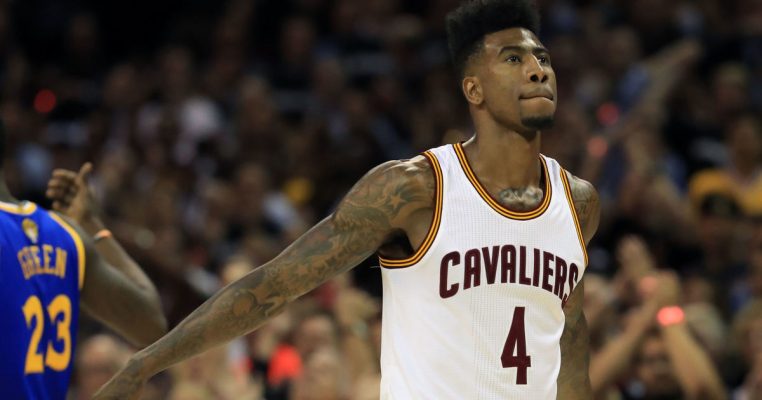 Just three days after trading Kyrie Irving to the Boston Celtics, Dave McMenamin of ESPN.com is reporting that the Cleveland Cavaliers are apparently dealing with another trade request from one of their players. This one is coming from guard Iman Shumpert, who has been the subject of trade rumors all summer.

“Lost in the attention surrounding Irving’s trade request is that Iman Shumpert requested a trade after the season, multiple sources told ESPN. Cleveland was in talks to trade Shumpert and his $10.3 million contract to Minnesota or Houston, but both deals fell apart. Logic would tell you that the Cavs will remain motivated to find a team to take Shumpert.

“A Cavs source told ESPN simply that the team is ‘not closing the door’ on more trades before training camp opens in late September.”

On the other hand, Shams Charania of The Vertical is reporting that Shumpert has made no trade request, but the Cavs are actively shopping the unhappy guard at the moment.

Sources: Cleveland guard Iman Shumpert has made no trade request, but Cavaliers have actively shopped him since start of free agency.

There have been several rumors floating around about the Cavs possibly packaging their 2018 Brooklyn Nets first-round draft pick in a trade, so Shumpert may now be one of the players involved.

Shumpert came to the Cavaliers in January 2015 as part of the deal that also brought fellow guard J.R. Smith. He’s got two more years left on a four-year-contract that he signed in 2015.