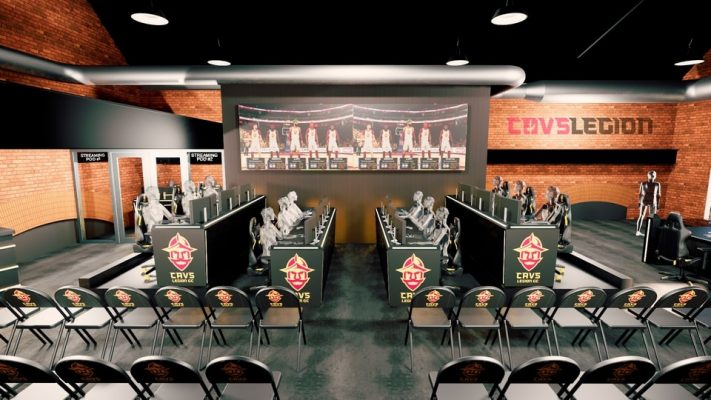 The world of sports now goes far beyond the court or the field, as one of the fastest-growing forms of competition continues to take place in the world of video games.

The Cleveland Cavaliers are embracing that fact, and this week, they unveiled plans to construct a “first-of-its-kind” esports center in Cleveland’s Battery Park neighborhood.

The center will not only be home to the Cavs Legion Gaming Club, the NBA 2K League esports team owned by the Cavs, but will also serve as a venue for gaming competitions, watch parties, corporate outings, birthday parties, and educational programs.

“We’re thrilled to introduce this state-of-the-art facility designed to provide esports enthusiasts from Cleveland, Northeast Ohio and beyond a place to come together to compete, create and celebrate the world of competitive gaming,” Cavaliers President of Business Operations Nic Barlage said in a press release. “Not only will this training center give our Cavs Legion team a first-class venue to practice and sharpen their skills for the NBA 2K League, but it will also provide our region’s next generation of star gamers best-in-class tools to fuel their passion for esports.”

At the moment, the team is not divulging just how much this new center will cost, but it clearly hopes that it will serve as far more than just a place for gaming pros and amateurs alike to pick up a controller and have some fun.

“But the Cavs Legion GC’s esports center isn’t just a place for kids to play games and watch tournaments, he says,” Cleveland.com’s Joey Morona wrote of Senior Director of Esports for Cavs Legion GC, Jonathan Sumers. “To that point, the team envsions working with Cleveland city schools and rec centers on a series of events in which kids learn from experts on game development, graphic design, esports videography, esports event production, how to stream, or how to build a PC.”

This news is a fascinating look into how the world of sports and fandom continues to change. It is not yet clear when the center will be open, but one thing is quite clear: The future of basketball is bright in Cleveland, both in the virtual and real world.