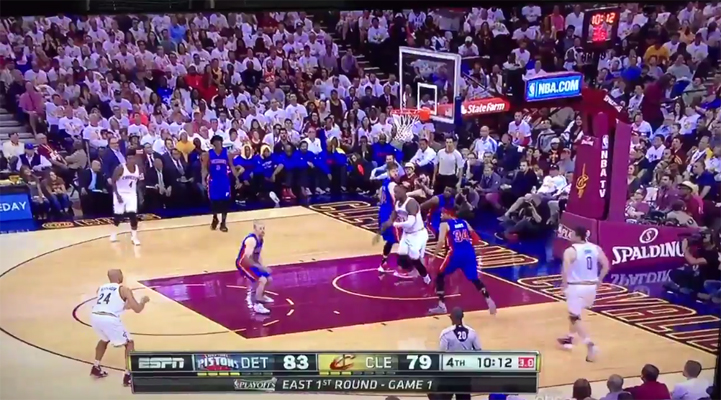 During Game 1 of the Cleveland Cavaliers’ first-round matchup against the Detroit Pistons, the Cavs did something that hadn’t been seen all game. They worked the ball around the entire floor as each player touched the ball not once, but twice, ultimately leading to a Matthew Dellavedova three-pointer.

cleveland cavaliersfeaturednews ticker
← Previous Story Video: Kyrie Irving Makes Incredible Ninja-Like Layup After Whistle
Next Story → Video: LeBron Talks About What It Means to Have Kyrie and Kevin Back in Playoffs